Giants “Big profits” when investing in Blockchain – Benefits and potential not to be missed when Holding A86 right away in Financing Rounds.

What is Margin trading in Cryptocurrencies? (46877)

Beyond the Classroom: The Rise of University Blockchain Labs (29082) 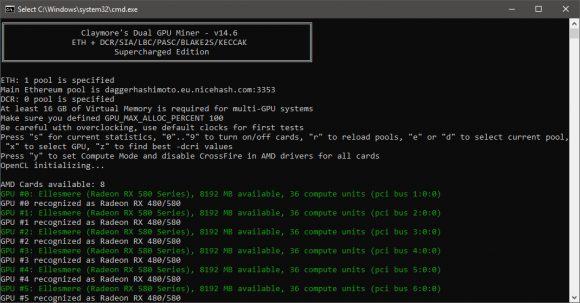 Claymore has updated his dual Ethereum plus DCR, SC, LBRY, PASC, Blake2s and Keccak AMD and Nvidia GPU miner to version 14.6 bringing some additional performance along with some new features, improvements and bug fixes. The latest version extends the rxboost support to older AMD GPUs, so it will now work not only on the newer RX (Polaris) GPUs, but also on the older Hawaii, Tonga, Tahiti, Pitcairn GPUs as well as supports for all AMD drivers. The rxboost option enables additional performance boost of up to 5% by applying some additional memory settings (separate from the strap option for modifying memory timings). Like with the strap option, the rxboost option is also only available in the Windows version of the Claymore miner!

We remind you that the Claymore Dual Ethereum miner is a closed source software with a built-in developer fee of 1% by default, though you can disable the dev fee at the cost of slightly slower performance. You can read what is the full list of changes in the latest version 14.6 below:

– For more information and to download the latest Claymore Dual ETH miner 14.6 (Windows/Linux)…