What is Margin trading in Cryptocurrencies? (38338)

Beyond the Classroom: The Rise of University Blockchain Labs (25217) 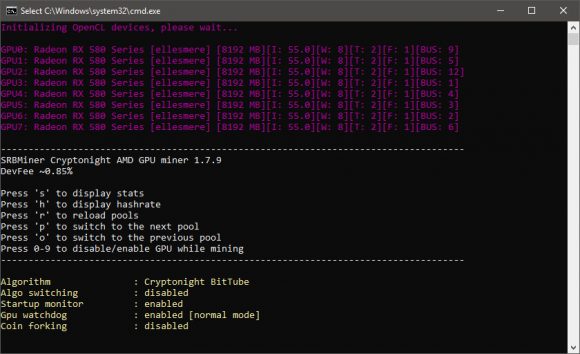 The latest update to the CryptoNight AMD GPU miner SRBMiner to version 1.7.9 brings support for the new POW algorithm that Monero (XMR) will be switching to in less than two weeks from now. Cryptonight variant 4 (CNv4) also know as CryptonightR will be the new mining algorithm after the upcoming Monero hard fork planned for block number 1788000 that is expected sometime on March 9th. SRBMiner 1.7.9 is the first AMD miner to support the new CryptonightR algorithm, though others will probably soon follow as the time for the fork approaches. Apart from the CryptonightR support the latest version brings support for a few other algorithms, some new features as well as bug fixes as one would expect. You can find the full changelow below. Do note that the developer fee is ~0.85% for both normal mode and algorithm switching mode as SRBMiner is a closed source miner available for AMD GPU miners only under Windows.