What is Margin trading in Cryptocurrencies? (38178)

Beyond the Classroom: The Rise of University Blockchain Labs (25171) 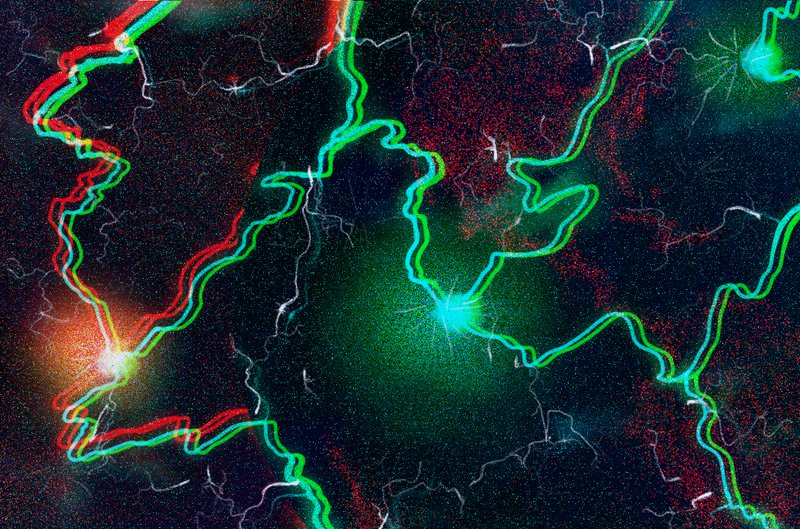 A lightning network payment has been making global rounds on Bitcoin’s secondary layer. The payment, slowly accumulating in value with each passing, is 2.8 ($96) million satoshis strong and still going. Dubbed the Lightning Torch, the payment has changed hands nearly 150 times across 39 countries.

Traditionally, participants announce their ownership over Twitter to seek out the next recipient. Hopeful torch bearers respond to the tweets with a lightning network invoice, and after choosing a user to trust, the current holder adds a discretionary amount to the payment’s sum and sends it to the next holder.

The experiment has been making an impression on the community; so far, Andreas Antonopoulos has been in on it, and most recently, at the time of this writing, Twitter co-founder Jack Dorsey even took up the flame from Matt Odell.

You ready to carry the torch? Send me an invoice for 2860000 sats.#LNtrustchain #bitcoin https://t.co/7BmDBidKR6

The phenomenon is an exercise in restraint, trust and altruism that personifies Bitcoin’s complicated relationship between trusted and trusteless operations and parties. In this way, it’s fitting. The remarkable origin of the initiative is equally as unconventional as its carrythrough: it all arose from the curiosity and educationally incentivized agency of an anonymous Twitter personality masquerading as an astronautical feline.

Hodlonaut, a self-described “hodl enthusiast” who has been “fulltime bitcoin” since the middle of 2018, is represented by a space-suit-clad tomcat. Superimposed in front of a lunar backdrop, the tomcat’s expression and soft smile signal optimism. His suit is stitched with a BTC logo on the shoulder and NO2X (No Segwit 2X) and UASF (user-activated soft fork) acronyms on his right chest.

The diehard Bitcoin maximalist has been involved with Bitcoin since early 2013, and he’s racked up a respectable following on Twitter. He’s used this platform to ponder Bitcoin philosophy and evangelize like most of Crypto Twitter. But he’s also used it as a chance to put his ideas into action, most recently with the Lightning Torch initiative.

Speaking to Bitcoin Magazine, hodlonaut reflected on the experiment.

“It’s been interesting to see reactions from some parts of the community. Some scowled at this from the beginning because it was based on community trust,” instead of the same baked-into-the-code trust that inspires mantras like “Don’t trust; verify.”

Hodlonaut is more interested in actions than mantras, so he started testing out whether or not you could trust the community to hold itself accountable — if community overwatch could make a trust-dependent act trustless in its own way. The experiment began with a giveaway on Twitter, where hodlonaut said he would send satoshis through the lightning network to anyone who replied to his thread. 250 people replied, and good to his word, hodolonaut said he “brushed up on his typing skills and sent everyone some sats.”

This altruism was stoked by the excitement hodlonaut felt when he first bootstrapped his raspberry pi to run lightning.

“Transacting with lightning network is the exact same excitement I had with bitcoin when I first discovered it.”

He wanted to spread his excitement through the community, so he took the giveaway a little further. On January 19, he made the “spur-of-the-moment” decision to send 100k satoshis ($3.40 USD) to a randomly selected stranger who replied to the new giveaway.

“This thing,” as he called the idea behind the experiment, “just fell into my head. I had no ambitions and I just threw it out there.”

– I send 100k sats with https://t.co/va7XSnFii0 to the first person I choose to trust that replies to this.
– That person adds 10k sats and sends 110k to someone (Either from reply to a new tweet, or this thread)

How many sats before it breaks?

He may have haphazardly thrown it out, but the community very intentionally caught and carried it on. Hodlonaut’s impulsive act of experimentation has developed into a full-fledged social experiment and movement. After reaching its first bearer, the transnational torch has been routed through each continent (save Antarctica, which would be too impressive) and 39 countries, including the bulk of the EU. Despite its creator initially believing that it “would go 4, 5, 6 hops and someone would take it and no one would [care],” the torch has passed between 139 unique users 149 times.

Total capacity is up to 2.2 bitcoin, and hodlonaut is optimistic that it will reach the lightning network’s ~4.3 million satoshi limit before the experiment terminates, at which point, he intends to ask the final bearer to donate the funds to BTC Venezuela, a cryptocurrency charity.

Don’t Let the Flame Die Out

The flame, while still well fed and protected, has met trouble during its marathon across the world.

On two separate occasions, users have treated the torch as a personal boon rather than a community exercise, confirming hodlonaut’s fears that greed may put the torch out. These opportunists have claimed the funds for themselves, refusing to conform to the precedence of passing it along. Their attempts to snuff out the flame, however, have only made it stronger and emboldened the community’s resolve.

The first time, a few days in, the torch was lit with 250k satoshis ($8.60 USD), when one recipient took it for themselves. To salvage the situation, the sender decided to relight the torch with their own funds and resend it to a more trustworthy user. The same story happened the second go-around at 2.51 million satoshis ($86 USD). This time, the taker justified his actions with a tweet that read, “I’ll seize it because I can, and no one can stop me,” which hodlonaut interpreted as meaning that you shouldn’t trust anything but code.

Luckily, Klaus Lovgreen, the person who sent it to this opportunist, followed the example set the first time the torch was threatened and paid the loss out of pocket, sending it to a new user. His “good deed turned out to be profitable,” hodlonaut said, after he directed users to Lovgreen’s tippin.me page to compensate him for his good will.

And there the #LNTrustChain ended 🙁

Thanks to the more than hundred people who chose to pass it on! 🙏⚡️❤️ https://t.co/wCb25hYX2E

The torch has survived two potential roadblocks and has grown out of hodlonaut’s influence. But that’s just the way he’d like to have it, even when the torch was on the verge of being extinguished.

“I wouldn’t have restarted it because I think this needs to be organic.”

The organic nature of the initiative and the community’s willingness to sacrifice personal funds to keep it going have made the experiment in community trust a success. Hodlonaut said that this shows both an increasing interest in lightning and the resolve of a community sparked by an exciting new technology, even in the harsh market climate.

“A lot of people have been onboarded to lightning. Personally, this is the most community feeling I’ve felt with bitcoin for a long time. There are so many people out there who are willing to educate each other and help people,” he said, expressing that lightning is important for community morale in times of a bear market.

You can track the torch’s race to the lightning network cap here. If it makes it to the end, a handful of anonymous donors have said that they will match the final amount (just shy of $150 USD) to be donated to BTC Venezuela. If you are interested in donating to BTC Venezuela or matching the donation as well, please consult the charity’s website or reach out to hodlonaut on Twitter.