What is Margin trading in Cryptocurrencies? (38142)

Beyond the Classroom: The Rise of University Blockchain Labs (25151) 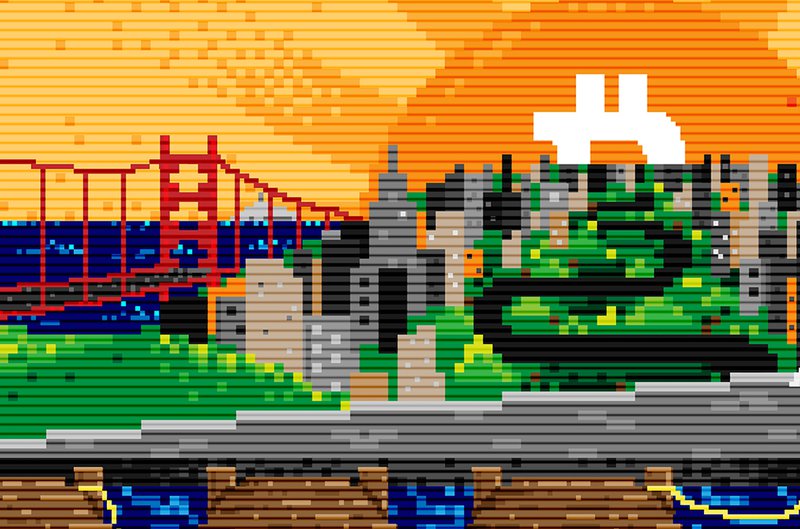 When I decided, maybe against my better judgement, to live on bitcoin for a week, the plan was met by a combination of cautions and jokes from friends and loved ones: “Just don’t starve,” “Well, it’s the New Year, a perfect time to start a new diet,” “Will you be able to eat?”, “Have you really thought about it?”

I had “really” thought about it and it seemed not only sensible but necessary. Nakamoto’s white paper calls Bitcoin an “Electronic Cash System,” and I hadn’t stressed the cryptocurrency’s utility as an actual method of payment.

My experiment would likely validate the strong opinions of skeptics (to whom bitcoin is either some nebulous scam at its worst or an outrageously valued trinket for prodigal hobbyists at its best) and that camp of maximalists who believe that bitcoin isn’t and never was digital cash.

It’s a problem that Kashmir Hill ran into when she did her own experiments, more so in 2013 than 2014. In 2013, her final conclusion was that she had “survived” the week, but by 2014, she had herself a ball spending bitcoin. She went from conquering San Francisco’s hilly landscape on foot and bike in 2013 (and the occasional, simple pleasure of pizza and cupcakes) to the luxury of Uber rides, wine tours and even a strip club visit just a year later.

She did well for herself the second go at it. I want to be able to do even better.

That as my mindset going into my own version of the experiment, picking up five years later from where Hill had left off. If she survived on her first attempt, then I damn well ought to be able to thrive, I thought, going into it.

Boy, was I dead wrong.

A day or two in was all it would take to break this expectation as I soon learned that my experience would be unlike either of Hill’s. I anticipated great merchant adoption and with it a greater variety of services through which to use my bitcoin. I thought I was walking into a more vibrant Bitcoin scene than half a decade ago, an opportunity rich with ways I could offload my coin.

Instead, I found (at least in San Francisco) that fewer merchants take bitcoin now than they did before and that the Bay area’s Bitcoin community, excepting those still active in it, had receded into altcoin enthusiasm and the flowering industry of “blockchain not Bitcoin” that had become the new darling of tech VCs and entrepreneurs.

Those still involved in the community took care of me though, and the week was just as easy or as difficult as I wanted to make it.

Living on Bitcoin Day 1: “That’s Not Going to Work”

I set out to live on bitcoin for a week in San Francisco.

Living On Bitcoin Day 2: Being “Unbanked” Has Been Easy … But Also Hard

On Day 2 of living on bitcoin experiment in San Francisco, I go on the hunt for some bitcoin-friendly eateries.

Living on Bitcoin Day 3: Brother, Can You Take a Sat?

I desperately comb the streets of San Francisco, hoping to find someone — anyone — who will accept payment in bitcoin on Day 3 of my experiment.

Living on bitcoin has been a bit of an uphill battle. On Day 4, I try out some gift card options and move into the Crypto Castle.

I finally make a point-of-sale purchase with bitcoin, hunt for Coinbase’s headquarters and chat with a young entrepreneur.

Living on Bitcoin Day 6: An Artist, a Dev and a Moon Boy Walk Into a Bar…

I continue my San Francisco experiment, spending bitcoin and attending a meetup in a crypto-friendly bar with some great, diverse company.

I finally wrap up my week of living on bitcoin in San Francisco with visits to 20 Mission and bitcoin artist cryptograffiti. But first, I’ll have to survive a storm out on the Bay.

Saying that I thrived while on bitcoin would be pushing it, but saying that I survived would be an embellishment.

So I’ll put it another way: I subsisted. Plain and simple, I got by without buying into a strip club’s tit-for-tat (tit-for-bit?) or splurging on a high-dollar meal like Kashmir Hill did in 2014 (though I could do that here in Nashville, dropping fat sats for a meal at Flyte). Sure, the drinks at Stookey’s weren’t cheap, but they weren’t a bottle of Dom either. I got by without even buying a meal from a merchant during my trip, relying on bitcoin-bought Uber Eats credit and friends to keep me fed.

My experience was both anticlimactic and blindsiding. I could have done it anywhere, something that I describe in the write-ups as fascinating and frustrating at the same time. I didn’t need San Francisco to spend my bitcoin (a city that, the week made quite clear, didn’t really want my bitcoin). Bitcoin didn’t need the merchants, though, to be useful; infrastructure, like Paxful and Bitrefill, made it useful.

As the series unfolded on social media, plenty of other bitcoin-to-gift-card services, like Fold App and Bidali, reached out to me on Twitter, reaching for a chance at a PR plug (don’t get me wrong, though — I respect the hustle). I used what I knew going into the experiment, though out of the three exchanges that I demoed (Paxful, Bitrefill and Gyft), I stuck with Bitrefill for its convenience and efficiency.

I probably should have tried some of the other options, and I fully support any company building this infrastructure because, without it, the experiment would have been over by day two (or I would have had to swallow the probability of a seven-day fast as I wrestled with how much I cared about my journalistic integrity).

So I learned that this experiment is either too easy or too impossible, depending on how you frame it. What else I learned (in a strictly Silicon Valley context):

That last point might be a bit foolhardy to make before I actually try it, but I was told on day one by a Czech booth exhibitor that Prague would be a breeze. Aaron van Wirdum corroborated this claim, adding that his home in the Netherlands (specifically Amsterdam and Rotterdam) would be a great testing ground for the experiment. Jared Harrell, a community manager at Quantstamp and Canadian native, told me Vancouver would be worth visiting while pouring praise on the Canadian bitcoin community’s constitution and significance (my editor, another proud bitcoin Canuck, has also implored me to have a go at it in Canada).

I’ll get there eventually (I hope). I intend to replicate this science experiment to get a larger sample size, and I have a hunch that I’ll get different results in different jurisdictions. For now, New York, Canada (Quebec/Ontario), Czech Republic (Prague), Netherlands (Rotterdam/Amsterdam) and the U.K. (London) are on my list of test subjects, and, for the new experiments, I’ll attempt a heightened level of difficulty for the variables (including not using Bitrefill, Paxful, Gyft, etc.).

Latin America is another place that comes to mind, probably the place that best exemplifies why this experiment is worthwhile. As the economic and political situations in Venezuela worsen, bitcoin’s relevance in the region is on prominent display, and its utility is infecting neighboring countries as a diaspora of Venezuelan refugees pours across the economically battered country’s borders.

At the end of my experiment, I had the privileges of eschewing my bitcoin wallet in favor of my real one and I was elated to get to use cash (whether physical or digital) again. For those (and they’re out there) living unbanked or under the duress of a faltering monetary system, the experiment never ends — it’s a struggle they reckon with daily.

So I also learned that, over the course of the week, I didn’t need to live on bitcoin, so the choice to was gratuitous and a bit opportunistic (it gave me something fabulous to write about and has supplied my cocktail-party-conversation reserves with endless new material). But I also learned that, if I needed to, I could live on bitcoin, just as a growing population of underserviced and financially neglected citizens across the globe could right now.

Bitcoin is monetary sovereignty, and this experiment is being stress-tested every day.

You didn’t need me to show and tell you that but that also doesn’t mean I won’t do it again.

If you have tips or places you think Colin should visit, drop him a line on Twitter (@AsILayHodling) or email ([email protected]).