What is Margin trading in Cryptocurrencies? (28344)

Beyond the Classroom: The Rise of University Blockchain Labs (20001) 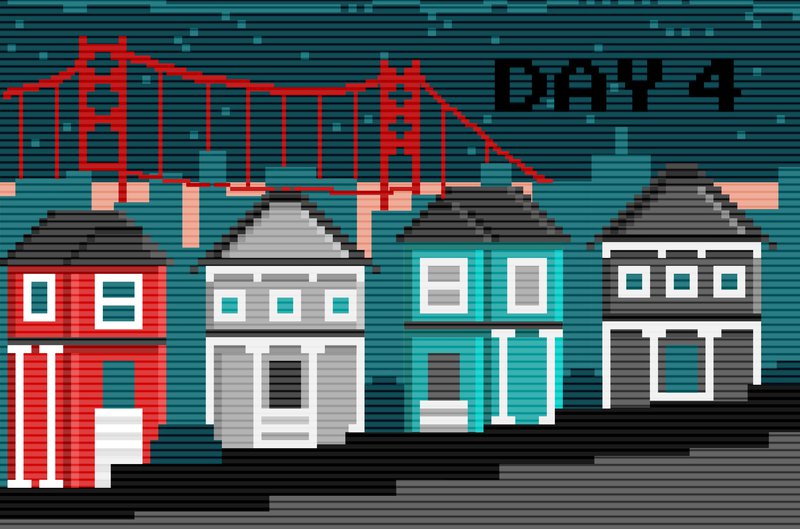 This is the fourth instalment of reporter Colin Harper's "Living on Bitcoin" experience in San Francisco. Find out what happened to him earlier on Day 1 , on Day 2 and on Day 3.

I woke up in a state of amazement: In my three days of living on bitcoin, I had managed to survive on a handful of services and the generosity of friends.

Hungry for any place that would let me spend it, I was more determined than ever to call up every single store in the Bay Area that might accept bitcoin. A few, like Bamboo Asia and Ramen Underground, were closed yesterday, so I still had a small, if shrinking, beacon of light at the end of a tunnel of rejection.

Most places weren’t open yet, so I had a call with my editor, who was keen to hear about how it had been both too simple and hopelessly difficult.

It was an angle, but it was also a dead end of sorts. I needed to find someplace to finally spend my bitcoin to make my day-to-day purchases different for a change (though going shop-to-shop in unsuccessful attempts to spend it and acting like a hungry lunatic on Haight street could also be considered “something different”).

A bit of work, a bit of coffee, a bit of social media trumpeting and it’s 11:00 a.m. Excited by the prospect of hopefully going out for lunch for once this week, I called up Bamboo Asia first.

“Hello, is this Bamboo Asia?”

“Yes it is,” a woman responded over the phone.

“Do you still take bitcoin?”

Next up: Ramen Underground:

“Yes, hello, do you take bitcoin?”

Then, I dialed Numa, a sushi joint that had slipped through yesterday’s round of solicitations:

“Do you accept bitcoin?”

“I’m sorry. I don’t know what that is,” she said hesitantly.

Well, in reality, there were many more strikes than that. I even called Siegel’s Clothing Superstore and Tuxedo, just for hell of it.

Over the phone, the question like an incessant recording (at this point, everytime I ask, I close my eyes and squinch my face up in embarrassed anticipation for the answer).

“Absolutely,” I answer, excited at the prospect of potentially something to go on.

Yep, I expected as much.

There was one last hope, but I was beginning to doubt that even Stookey’s, a bar I’d been told takes bitcoin by someone other than Google, would take it. If all else fails, maybe I’ll get to spend it there — eventually.

As night rolled around, I got ready to transition to the Crypto Castle. Queen Liz had granted me two night’s stay: On Tuesday, I’d be on the couches upstairs, but for Monday, I’d be sleeping in Jeremy’s room.

The gesture took me aback for a second but it made sense for the bohemian-tech aesthetic that the house has going for it. That I would sleep in a millionaire’s bed one night and then a couch the next was humorous and exotic in a very benign way to me.

It was a short walk from Christian’s apartment, only half a mile, but distance can be deceiving when San Francisco's hills tack on a couple hundred feet of elevation gain. Lugging my belongings in a 50-gallon hiking backpack, my daypack slung over my right shoulder, I schlepped myself up the hills that were sloping at a crazy 45 degrees.

I was partially heaving when I topped the hill, turned right on Kansas Street and stopped in front of the castle’s telltale blue door with a “Bitcoin Prefered Here” sticker in the window. I pressed the buzzer.

“Colin — the Bitcoin journalist,” I responded, and soon heard the door’s unlatching click.

Hans, an Italian expat developer with a machine-learning background who’s relatively new to the space, let me in. He has rich olive skin and curly black hair, and an apprehensive but affable personality.

We walked over to Jeremy’s room as Hans recapped some of what Liz had told me.

“I’m finishing up some work right now, do you mind?” he asked as we entered the room. Apparently, Jeremy’s room is a free-for-all space; he would likely have it no other way.

“Of course not — work away,” I told him. I mean, it’s not really my place to dictate what he can and can’t do in a room that isn’t mine to begin with.

The in-and-out style of the house’s residents made for some brisk but pleasant introductions. I would meet Teddy, a tall, lanky and balding Ethereum-to-EOS developer who works with Hans. He’s a bit jumpy and is into Soylent (and keeps offering me some to drink). Diego, another developer who used to play soccer at Boston College, would also come through with Kingsley, an Australian venture capitalist.

I posted up upstairs and did some work, shot the bull with Crypto Castle denizens and made plans for the rest of the week. I also reviewed Kashmir Hill’s 2014 living on bitcoin series. She had held on to some of her coins (she had a few left) and they had appreciated in value from 2013 to 2014.

Her second series is even more entertaining than the first. With her bitcoins’ increased purchasing power, she could access more exotic experiences: She spends it on winery tours, a nice (boy, I mean nice) dinner and even a riotous strip club experience.

Reading her accounts, I feel a wave of envy and the sense of a missed opportunity. She had so many more ways to spend her bitcoin; in reality, five years later, my bitcoin doesn’t have the same reach and San Francisco has basically zero merchant presence. Even if I had 2–3 bitcoin like her at the time of this experiment, I wouldn’t have a way to spend it (unless I wanted to drop it on bottles at Monarch, but that’s not really my scene).

Toward the end of the day, the reality that I hadn’t had one, in-person exchange with a merchant of any kind deeply depressed me.

Why the hell am I even doing this, and why I am spending so much money here?

I could be doing this anywhere. I could be doing this back home. Even there — in little ol’ Nashville with its tinkertoy tech scene — I could have at least bought dinner at Flyte, the only restaurant in town to accept BTC. But it’s a pricey dine, so by the time the week was up I would have been out a month’s rent (or a week’s rent in San Francisco).

Dinnertime approaching, I decided to use a Whole Foods gift card to stock up on provisions. It was a five-minute walk from the castle, and Kashmir had used gift cards she purchased from Gyft on her second go-around, so I thought it was permissible to buy one off of Bitrefill myself.

At least I could tear into the San Francisco Whole Foods’ hot and cold takeaway bars, an unmatched cornucopia of grocery store self-serves. Turkey pot pie, steak fries, tabouli, butternut squash, kale salad, chicken salad, couscous, shrimp, croquettes, yams, all crammed into the brown to-go box. I also got some Peet’s coffee and almond croissants for the house (should have gone for whole bean because of course this house would also have a grinder).

While the young woman at the counter dealt with the somewhat clunky process of redeeming my gift card — after I’d had to go through the even clunkier process of buying bitcoin before buying said gift card before being able to buy the groceries in store — something Hill observes in her article resonated with me.

The process was more time consuming and labor intensive than paying in fiat, but it was also liberating in its own way.

Bitcoin had provided me the opportunity to purchase those groceries, just as it had allowed me to buy all my Uber Eats food up till now. The merchant/drivers didn’t know where the credit came from, nor where or how it was bought.

For Uber, KYC is a given. But with gift cards, you can use bitcoin to transact in near complete anonymity. You can bank like a ghost if you want, and you can buy most everything you need without leaving a trail of credit or debit. Like cash, bitcoin can be used as an anonymous transfer of value — you just need to transmute it into a different payment method for real-world use first. If you want to increase your anonymity, you can take steps to mask your network activity. (e.g., I started using the privacy-focused Samourai wallet on the fourth day after my BRD wallet became too unreliable).

With these thoughts, I returned home (unfortunately, uphill again). After hanging with the castle’s crew and eating my meal, I took my rest in the bed of a guy who probably didn’t even know I was sleeping there but would doubtless not care.

As Kashmir Hill did in her original journey, Colin is accepting BTC tips to help him along the way.