ArtVerse Prepares for Its Upcoming Presale on Bitrue

What is Margin trading in Cryptocurrencies? (28928)

Beyond the Classroom: The Rise of University Blockchain Labs (20385) 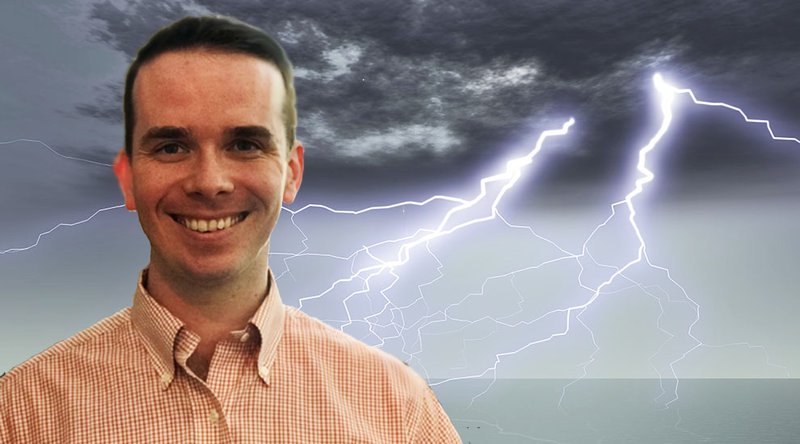 Lightning is a second-layer solution for the Bitcoin blockchain that addresses the scaling issues surrounding it today.

Similar to Bitcoin, Lightning is an open-source protocol in which anyone can contribute to. Whether it is through programming and developing applications or setting up a node, participation in Lightning is not just accessible. It’s welcomed.

The Lightning community is already vibrant and growing every day. Pierre Rochard is one person who has already cemented his place in the Bitcoin community as a strong advocate for the digital currency, founding the Bitcoin Advisory in 2013. More recently, his work with Lightning has garnered plenty of attention through his suite of Lightning applications. Specifically, Rochard’s Lightning plug-in integration for Microsoft Excel showed the world that Lightning has a place in commonly used applications.

The Lightning plug-in uses neutrino, a sidechain solution whose purpose is to allow for interaction with Bitcoin’s global transaction history without downloading the entire blockchain. Specifically, neutrino was designed to facilitate this on devices with low-power processors, limited storage or bandwidth, and intermittent power — essentially, a good fit for an Excel spreadsheet.

As for the use-case of this application, Rochard has mentioned in the past that it is for “power users” who are highly familiar with the technologies being used and not for the everyday user. Nonetheless, its general purpose is to send Lightning payments from an Excel spreadsheet.

Rochard’s suite of Lightning applications is a testament to the progress being made in developing Bitcoin’s second-layer solution in the first year of its existence. In the following interview with Bitcoin Magazine, Rochard discusses his Lightning plugin as well as the bigger picture of Lightning as it relates to the global adoption of Bitcoin.

In the months since he announced that this plugin can run a full node within the spreadsheet. Rochard has created a node launcher GUI to help people set up a Lightning and Bitcoin node locally for the plugin to connect.

“My initial experimentation with the Excel plugin was that it would have a Lightning node bundled with it and running inside of it, using Neutrino instead of a full node,” said Rochard. But there was a problem with that set-up. Neutrino is not implemented on mainnet, so it can’t be used with real bitcoins yet, meaning that no one would be able to use the Excel plugin with real bitcoins.

Instead, Rochard explains, the Bitcoin community has settled for “compromises that are SPV-ish.”

Right now, using this compromise process, a wallet will send a list of transaction IDs to a node and query all information relating to those transaction IDs. The trick is that not all of those transaction IDs that the SPV wallet is sending to the node are actually from the SPV wallet. Instead, the list includes a bunch of random information in addition to the actual queries it’s actually interested in. This action is meant to preserve some privacy since the node doesn’t know which piece of information is the specific piece it is looking for. It just knows it’s somewhere in there, hidden in a crowd of other bits of information.

Still, however, Rochard pointed out that few mobile wallets actually implemented this process. “Instead, most of them are basically contacting a trusted server that is just the specific addresses that its interested in and then it receives information back on this. So that provides zero privacy.”

With Neutrino, the full node sends what’s called a “block filter,” which is essentially a short summary of a bitcoin block, to the “light client” and checks if specific transactions or addresses of interest have a match in this filter.

“If they do,” said Rochard, “then we’re going to request the full block and download that and then extract the data from it. So that, essentially, means you have way more privacy because now the full node doesn’t know what specific transactions in that block got your interest because there’s thousands of transactions in a block.”

Of course, Neutrino isn’t as secure as the Bitcoin blockchain itself. Specifically, it doesn’t validate all protocol rules, it just checks the transactions in a specific block. In other words, it doesn’t verify the 21 million bitcoin limit, which opens up doors to compromises on security.

“I would strongly emphasize that there is simply no substitute for running your own full node,” said Rochard. “Really, the Neutrino functionality is kind of a convenience/UX improvement, but it it does compromise on the properties of Bitcoin.” That was the other motivation for this node launcher that Rochard created. He wants the people with the bandwidth capabilities to run a full node to be able to do so.

“I think that we should have the UI for every platform and in every programming language and we should really have as many UIs as possible. As it relates to which ones are going to be most used, that’s an area where I want maximum amount of competition and where really I embrace pluralism and would be against tribalism, which is unusual for me because I’m usually very tribalistic with my Bitcoin maximalism.”

When it comes to the Lightning UI, however, Rochard is far less “tribalistic.”

The Future of Lightning: Overcoming Bottlenecks to Adoption

“I think that Lightning’s adoption is going to basically mirror bitcoin’s adoption; and bitcoin’s adoption comes from a very grassroots source. It’s not like a top-down thing,” said Rochard. “We’ve even seen Bitcoin businesses emerge from grassroots users for the most part. Someone becomes a Bitcoin enthusiast [gets] into the ecosystem and then starts a Bitcoin-related service where they see a gap. That’s kind of been the general path.”

Rochard projects that the growth of Lightning will follow a similar path, but first, users will need tools that allow them to work with the protocol.

“You have people who are Bitcoin enthusiasts who are like, ‘Oh, what’s this neat, layer-two, offchain network that people are buzzing about on Twitter? I’m gonna go check that out. Now, I use Windows — I have no technical capabilities and I don’t know how to use a command line, so I can’t get on Lightning today. Oh, Pierre came out with a node launcher. Okay, now I can get on Lightning.’

“And that’s that’s how the process is going to happen. At first it’s going to be ten people, then a hundred people and then a thousand people.”

Participating in a recent Lightning residency at Chaincode Labs was a pivotal moment for Rochard and turned him from being “cautiously bullish” to a “cult-member, indoctrinated-fanatic” of Lightning.

There, he met a software developer at Bitmex who gave the impression that, while Lightning was on Bitmex’s radar, it wasn’t a priority from a development perspective.

“Now the question is: How useful are these? Because if it’s to deposit $20 worth of bitcoins, that’s not useful for anyone. On top of figuring out how useful this is for exchanges, it’s just too early right now. If we want thousands of dollars being transacted on Lightning in payments, we need to have atomic multipaths worked out among other things.”

Looking ahead, Rochard said that, when it comes to exchanges, Lightning adoption will continue to evolve; users will find themselves using bitcoin on-chain in the meantime. In the future, however, as the capacity of the Lightning Network increases, using Lightning for everyday transactions on exchanges will become automatic.

“In five years, it’s going to the the case that you’re no longer going to be able to use bitcoin at an exchange without using Lightning, but that’s much longer term.”