What is Margin trading in Cryptocurrencies? (9055)

Beyond the Classroom: The Rise of University Blockchain Labs (7725) 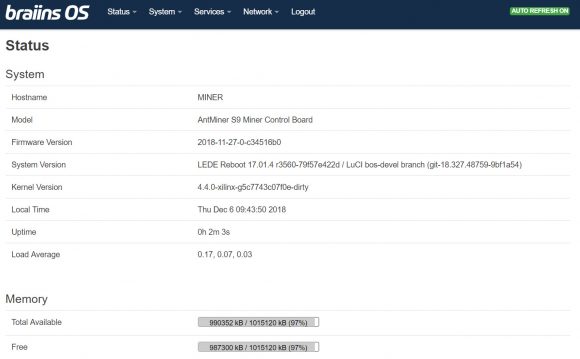 Braiins OS has just released a new update to their alternative opensource OS for Bitcoin ASIC miners available for Antminer S9 and DragonMint T1 with support for AsicBoost support enabled. The new Braiins OS Cobalt is here to replace the previous released called Wolfram bringing some improvements such as new status page, per chip frequency calibration for S9, improved bulk upgrades and full compatibility with the Awesome Miner management app.

The Cobalt update brings multiple ways of upgrading your ASIC miners from their stock firmware including a version that can now directly be flashed via the stock firmware’s update feature for a really easy deployment. Installing from a PC with Windows is now easier as with the previous release you had to use a Linux PC to deploy the Braiins OS software to your miners and that was not always an easy to do thing for many people. Here you can find more details on how to install Braiins OS Cobalt on the compatible Bitcoin ASIC miners using al supported methods. 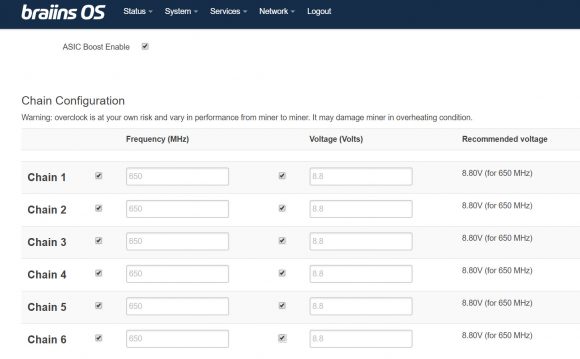 Braiins OS uses over (version-rolling) AsicBoost in accordance with BIP310, so in order to take advantage of that feature that essentially reduces power usage while maintaining the same hashrate you should go for a mining pool that supports it. With Braiins OS you have easy per chain control of the operating frequency and voltage of the miner, though you should be extra careful when playing with these in order to be on the safe side. The ASIC Boost is enabled by default, so if you are having trouble connecting to a mining pool then it most likely does not support AsicBoost and you may have to disable it from the settings. 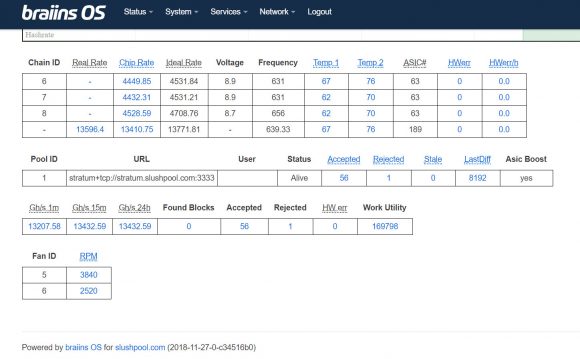 One thing however that is still missing in the updated Braiins OS is a user control feature for the cooling fans, the operating system uses automatic fan control maintaining low RPMs and higher operating temperatures. When increasing the voltage and frequency of the miner by overclocking it will compensate with higher RPMs for the fans, but the temperature will still be maintained pretty high for our taste. Unfortunately there is no option to force it to 100% fan for example via the web interface and in our opinion this is a must have feature that is still missing. Other than that we like what we are seeing from Braiins OS and how it is improving with new releases, so if you still have not tried it you might give it a go as an alternative for the stock firmware from Bitmain’s S9 or Halong Mining’s T1.