Beyond the Classroom: The Rise of University Blockchain Labs (7111)

What is Margin trading in Cryptocurrencies? (5850) 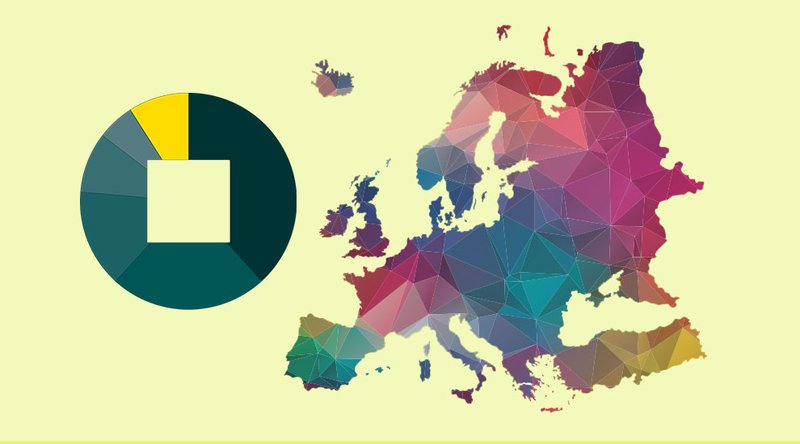 Coinsquare Exchange, headquartered in Toronto, Canada, took its first trip outside its Canadian base to extend its operations to Europe. On November 15, 2018, the exchange enabled euro deposits and trading, in what the startup sees is a promising market for future expansion.

Coinsquare CEO Cole Diamond told Bitcoin Magazine that this is a major move for the young exchange and it makes good business sense to enter a market that has a GDP 12 times the size of Canada’s.

“Europe is a huge market. Expanding there has expanded our market opportunity 12-times over. It’s also a market that our community has been demanding for awhile, so we’re very excited to be live,” said Diamond.

Coinsquare is the largest exchange (by volume) based in Canada according to CoinMarketCap.

Diamond refers to Coinsquare as a digital asset management company with $60 million in funding. His long-term goal for the company is to expand its services for crypto beyond trading to other investment and financial services.

Coinsquare Chief Digital and Growth Officer Thomas Jankowski talked to Bitcoin Magazine about the company’s plans for expansion into Europe and the company’s vision as a future global banking and financial centre. They’re aiming for 1 billion clients by the end of 2019.

“We are working to build a 21st century financial institution, which means so much more than just a trading platform. As we grow in Europe to meet the demands of our European community, that’s what we’re thinking about. The first step in this process? Offering trading in Euros, which went live when we opened in Europe,” said Jankowski.

The company says they are seeing increasing market demand for a variety of coins. The exchange trades in Bitcoin, Bitcoin Cash (both), Dash, Dogecoin, Ethereum, Litecoin, Ripple and Squarecoin and recently added Ethereum Classic.

“I’m pretty happy to say we already carry all three bitcoins and were one of the first platforms in Canada to announce support of all three through the fork. Coinsquare also caused the transaction that triggered the fork — you can see the note we left in the ​ScriptSig​. We have no preference for which coin will ‘win’ and will support whichever the community decides, since that’s the true spirit of blockchain.

“There’s definitely some confusion about the coins, but we hope the community comes together. We respect the decision they make, and once the community has made its choice then we think the confusion will naturally die down as people learn more.”

Cryptocurrency businesses in Europe are governed by complex anti-money laundering and securities trading rules in different countries, but Coinsquare plans to tackle each country’s laws separately.

In Canada, there is growing recognition that the federal government will likely not be bringing forward previously proposed regulations for cryptocurrency businesses, including exchanges, until after the next election in October 2019.

There is some concern in the community about this uncertainty but Coinsquare’s Jankowski sees this as a positive:

“We believe that the government should continue down the path of removing obstacles in order to allow fintech companies, especially in the digital currency space, a fast-track lane toward regulation.

“Canada is an uncontested leader among the G8 countries for getting fintech innovation started, but we stop short of getting those startups past the finish line. To make getting regulated easier would deliver a bold message that we’re not just ready for change, but also ready to lead by example.”

One of the big ongoing issues in the Canadian crypto community is shaky to no access to banking services with new concerns about the current court case with QuadrigaCX exchange and the Canadian Imperial Bank of Commerce.

Coinsquare has lobbied hard to develop working relationships with Canadian banks and has signed an agreement with one of the major banks.

Jankowski sees a thawing in the chilly relations with Canadian banks:

“We think banking in Canada is slowly changing its attitude toward crypto. Our banks are careful and that carefulness is what got them through the crisis of 2008. Our Canadian bank has been an amazing partner and we’re happy they put us through a due diligence ‘hell’ so that they could be sure of our practices. But now we’ve got U.S. and EU banks knocking on our doors and we know that transparency matters in finance. We’re looking forward toward more of this in Canada and the rest of the world moving forward.”