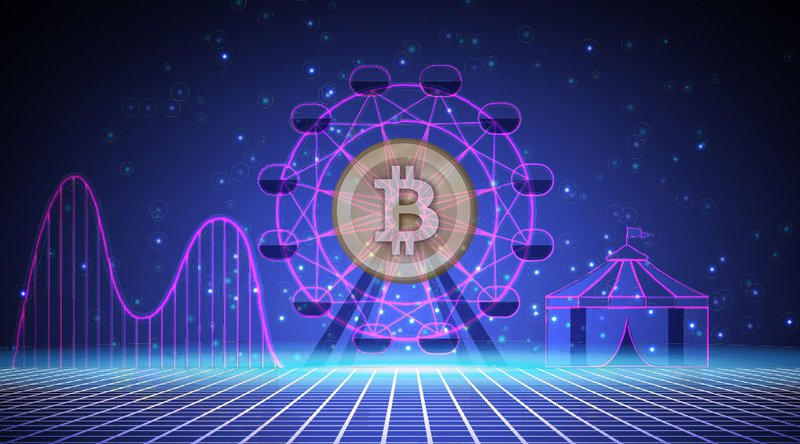 After a bearish year of perennial price swings that culminated in months of tightly wound sideways movement, the (former) bottom has dropped out for bitcoin and the wider crypto market.

By all rights, it’s a complete reversal of fortune from the explosion of value the market enjoyed this time last year, and mainstream media has had a field day exploiting the irony of the peripeteia bitcoin’s price has suffered when we compare it to the investor euphoria of just a year ago.

The price plunge is certainly a far cry from the gift hodlers were looking for this holiday season, and talk of bitcoin this year is likely more hushed or contentious than a year prior. But this price action is also nothing new — just another instalment of bitcoin’s many boom and bust cycles.

So with prices down significantly even from their position before the bull run was thrown into overdrive, it’s prime time to take stock of how this crash stacks up to bitcoin’s other historic tumbles, and to take price in hand with other metrics of network growth.

Where We Are Now, Where We’ve Been

At the time of publication, bitcoin is trading for roughly $3,700. With an all-time high just shy of $20,000, this means bitcoin is 80 percent down from its peak price.

That’s a hard drop to stomach, but it’s not as bad as some of bitcoin’s other, more gut-wrenching price depreciations.

The April crash was a precursor for perhaps the industry’s most devastating downturn, however. Following the hack of Mt. Gox, a Japanese bitcoin exchange that handled some 80 percent of the entire industry’s transaction volume at the time, bitcoin tumbled 85 percent from an all-time high of $1,151 to $177 over a 411-day period. The crash began on November 30, 2013, and it didn’t reach its end until January 14, 2015.

As one might expect, the eve of the Mt. Gox crash was accompanied by a spike in network transaction volume. Bitcoin experienced a record 102,000 transactions on November 29, 2013, but after reaching this benchmark, the network’s activity steadily dropped to 41,476 transactions by December 31, 2013, the lowest it’s been since. It wouldn’t see six-figure transaction volumes again until January of 2015, after bitcoin had borne the full brunt of the 411-day crypto winter.

The crash of 2011 went through a similar reduction. Amidst the market’s downward spiral, bitcoin’s daily transaction volume exceeded 12,000 on June 13, reaching lows of 4,700 transactions in the tail end of November when bitcoin bottomed out — a 60 percent decrease. The network did not see transaction volume transcend 12,000 again until May of 2012.

Crashes and corrections with smaller windows didn’t experience the extended downtrend in transactions that became hallmarks of bitcoin’s historic bear markets. But in 2018’s market climate, the pattern is repeating itself.

After the wider market really bled at the end of January, bitcoin’s transaction volume continued to play out according to precedent, dipping by roughly 68 percent to lows of 130,000–150,000 in the spring of 2018. Since this decrease, transactions have made a steady climb back to 250,000–300,000 daily traffic.

Other Metrics for Interest

The spikes in transaction volume that preceded and/or coincided with each crash seem to forecast the massive sell-offs that would send bitcoin into freefall. This activity, along with the concurrent reduction in transactions and subsequent stagnation, also seemingly reflect market interest; as things heat up, transaction volume runs up with the price until they reach critical mass. After that point, buyer’s euphoria morphs into seller’s frenzy, interest dies down and the network enters a period of relevant dormancy.

You’ll find other similar yardsticks to measure community enthusiasm outside of the network and the market themselves. One of the more popular examples crypto enthusiasts will often turn to is Google trends for the word “bitcoin,” a measurement of the popularity of queries related to bitcoin on Google’s search engine over time.

As you might expect, a bear market means dying interest. Following the Mt. Gox crash, for example, bitcoin’s interest level on Google decreased by 85 percent, nearly on par with its price depreciation. And just like the price, this interest went into hibernation until things started looking up again in 2017.

The current crash has unsurprisingly followed the same trend, though to a more drastic degree. Google searches for bitcoin decreased 93 percent from peak hype to late October of this year. These levels are even lower than interest at the all-time high prior to the Mt. Gox crash, and with the market crashing even further in November, interest is now just barely above what it was at the end of 2013.

Tribulations in Spite of Trials

With drooping prices, the decline of general interest in bitcoin, whether it be on Google or the network itself, is an expected byproduct. Even so, these metrics might not provide a comprehensive frame for the scope of bitcoin-related activity across the web.

For instance, crypto payment processors have operated against the market’s bearish trend. Unfortunately, data for these platforms is scarce and subject to the company’s reporting whims, but what data we do have paints a positive outlook.

Square, which began accepting bitcoin as part of its platform’s payment options in January 2018, saw $34 million in revenue from bitcoin alone in Q1 of 2018. This accounted for 8 percent of the company’s uptick in revenue for the year, which was its largest ever at 45 percent. What’s more impressive, in Q3 of 2018, Square’s revenue stream from bitcoin increased to $43 million.

Again, this transaction revenue was accrued during bitcoin’s bear market. The numbers paint a picture for bitcoin’s use in commerce that builds on trends that the more-popular BitPay experienced throughout 2017. By October of that year, BitPay announced that it had seen a 328 percent increase in transaction volume, setting it on pace for $1 billion in total payment volume for the year.

Yet again bucking the bear market’s trend, Bitcoin’s second-layer Lightning Network has enjoyed the same positive growth as BitPay and Square. Launched in the throes of the downturn, the network has grown to roughly $1.7 million in bitcoin capacity. At 452.52 bitcoin, that’s a 307 percent increase over a 30-day period, and alongside this growth, the network has expanded to 4,000+ active nodes and over 12,000 active channels as well.

In times of market heartache, enthusiasts and hodlers often parrot the aphorism “1 BTC is still 1 BTC” as a source of solace. This might be of small comfort for those who are down 80 percent against fiat on their original investment. But the sentiment of the phrase does encourage listeners to pay attention to non price-related growth.

And that perspective is: Price does not necessarily equate to growth or adoption. Indeed, just as the ICO boom of 2017 has left the market inundated with high-market-cap projects and DApps that are struggling to find users, the 2018 bear market has seen the cogs of development grind against the noise of the market’s crash.

Indeed, even in spite of declining prices, 2018 has been a benchmark year for Bitcoin’s development. In March, the Lightning Network saw its first beta implementation, a milestone that the developer community quickly capitalized on by releasing a slew of Lightning Network apps. Bitcoin smart contract sidechain Rootstock (RSK) also made significant headway this year, merging with company offshoot RIF to expand the sidechain’s reach. And nother sidechain, Blockstream’s Liquid, also launched in 2018 in a bid to improve exchange-to-exchange liquidity and network scalability.

Note: This article is for information purposes only and should not be considered to be investing advice.