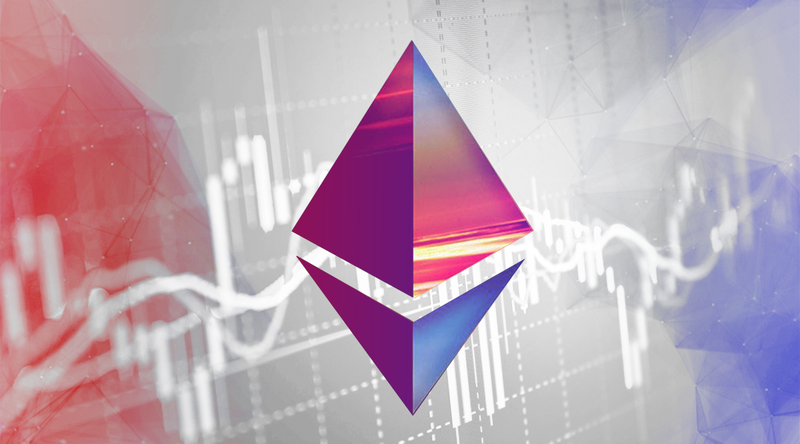 Much like the rest of the crypto market, ether has found itself devalued by more than 90% since its all-time high of $1,400 back in December of 2017. And now, almost a year later, ether sits just above $100 on what appears to be shaky ground during its latest round of selling over the last few weeks:

Similar to bitcoin’s movement discussed in yesterday’s article, ETH-USD experienced a parabolic growth profile during its bull run. One consequence of a parabolic bull run, however, is the lack of firmly established support on the way — which, unfortunately for ether, means no firmly established support to cushion its fall on the way down. In approximately 3 weeks’ time, ether has lost almost 60% of its value.

The entire move downward over the last few weeks has been so violent, the market has seen little to no relief or rally during the whole 55% drop. And now, the market is consolidating in what looks like a bear pennant at the bottom of its already massive fall. If this current support level doesn’t hold, we can expect a test of the $80 region, as this is our next level of untested support:

Unfortunately, if we manage to end up testing the $80 zone and that support doesn’t hold, we can expect another staggering drop to the $50 region. Granted, this is all up in the air at the moment because we are currently holding support at $100. However, it’s good to anticipate what’s ahead of us if ether can’t manage to hold itself up here.

If ether ends up testing the $80 region, that would be a staggering 95% devaluation from its all-time high of $1,400.

Trading and investing in digital assets like bitcoin and ether is highly speculative and comes with many risks. This analysis is for informational purposes and should not be considered investment advice. Statements and financial information on Bitcoin Magazine and BTC Media related sites do not necessarily reflect the opinion of BTC Media and should not be construed as an endorsement or recommendation to buy, sell or hold. Past performance is not necessarily indicative of future results.