Bitcoins are usually stored in several types of wallets. Desktop wallets are one such kind of wallets, which are the best wallets when compared to the other wallets like mobile wallets, ethereum wallets and so on. In our last article, we have discussed segwit and hardfork in Bitcoin. Bitcoin online wallets such as Coinbase or other exchange wallets hold controls on your private key.

In the event of hardfork in Bitcoin, it is also recommended that user should shift their coin to a wallet where they hold control over private key. In this article, we will discuss best bitcoin desktop wallets so that you can make your bitcoin highly secure. Android users may also use Mycelium secure Android bitcoin wallet.

Desktop wallets are used for the storage of bitcoin private key on the system’s hard drive. An important advantage of using desktop wallets is that they are highly safe and secure in comparison with the other types of wallets. These wallets require an internet connection and hence called as ‘hot wallets’.

The following are the four important desktop wallets, which are accessible on all the three major OS (Operating systems) such as Windows, Linux and Mac OS. 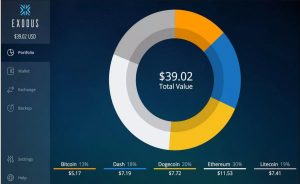 It is an exclusive wallet, designed specifically for new bitcoin users. It contains an easily understandable interface, which is helpful for new users. It is not an open source wallet so that some malicious codes can be inserted easily into the application software. In addition to bitcoins, it permits the storage of several other cryptocurrencies like Litecoin, Ethereum, Dash and many more. 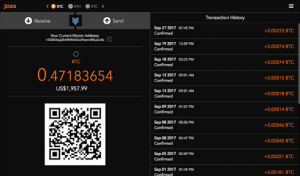 Jaxx is a multi-currency wallet which supports many altcoins along with Bitcoin. Jaxx wallet is developed/maintained by a Canada based company. It is an  pin protected HD wallet and has inbuilt crypto exchange ShapeShift. Currently, it supports more than 40 coins or tokens and you can also import and export privet key in the wallet. 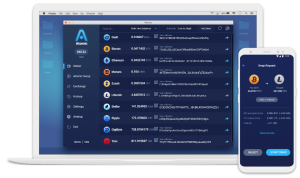 Atomic Wallet is a new multi-asset, non-custodial solution with an actively growing user base. Atomic Wallet already supports 300+ top coins and tokens that can be managed in the intuitive, user-friendly interface. The list of available assets is updated on a weekly basis, so if you didn’t find your favourite coin here — you can be sure it will be added soon.
Atomic Wallet is available for all major OS: Windows, Mac and Linux. Mobile apps for Android and IOS will be released in October, 2018.

Apart from the intuitive UI, Atomic Wallet has offers a wide range of features, such as decentralized storage for private keys, a built-in option to buy crypto with a bank card, Atomic Swaps, instant exchange via Changelly or Shapeshift and an interface for custom tokens. What makes Atomic Wallet so unique is the support of Atomic Swaps, a relatively new decentralized exchange technology based on hash timelock contracts. 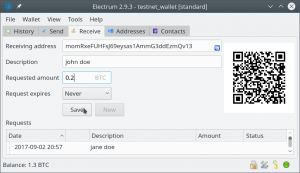 These are the best and open source wallets for the storage of bitcoins. 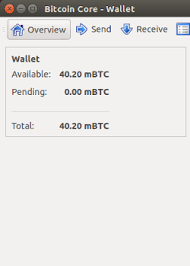 It is full node an exclusive wallet for hardcore bitcoiners. Full node wallet implies that the wallet contains the whole block chain copy on the desktop or system. This in turn verifies network transactions independently. Bitcoin Core is the first bitcoin wallet. Using this option means you will have control over private keys also, which ensures safe storage.

However, Bitcoin Core requires a lot of space as it comes with data on each bitcoin transaction ever performed.