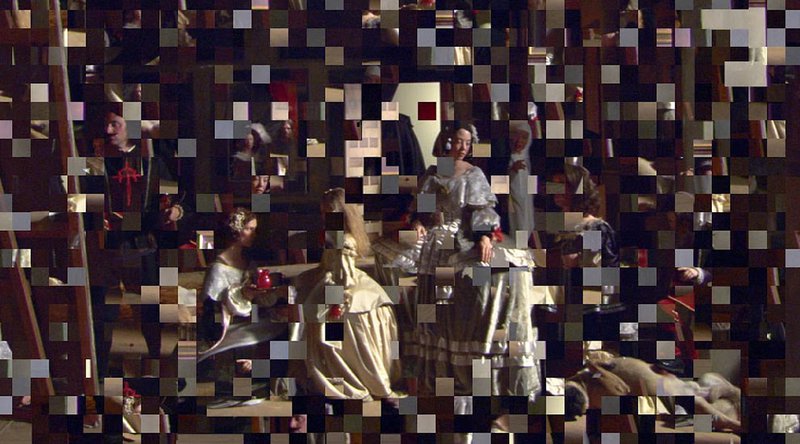 Brooklyn-based startup Snark.art has launched its blockchain laboratory to tokenize creative artworks of artists. The startup is kicking off with a partnership with acclaimed artist Eve Sussman whose project 89 seconds Atomized will be tokenized on the blockchain network and distributed to art lovers in pieces of digital blocks, which the company calls “atoms.”

By providing fractional ownership through atoms, art lovers can own a piece of the video frame by purchasing an atom. The full video, with 10-minute running time, has been broken down into 2,304 atoms. Each atom is 400 pixels of the entire visual frame of the video. An atom is uniquely assigned to the user, and it will live on through the community of owners granted permission by the artist.

Earlier this year, the painting 14 Small Electric Chairs by visual artist Andy Warhol was tokenized and sold on the blockchain art investment platform Maecenas to 100 collectors for a 31.5 percent stake in the asset at the cost of $1.7 million.

Non-fungible items, such as art, are items that can’t be replaced by another identical item. Tokenization of non-fungible items by way of non-fungible tokens (NFTs) has many benefits. Besides providing ways for artists to monetize their work and opening up new markets to the digitization of assets, NFTs also prevent forgery and fraud because verifiable ownership of each work of art exists on the blockchain.

“Just as the birth of canvas and cameras gave us new art forms, blockchain can do the same,” Andrey Alekhin, CEO of Snark.art, said to Bitcoin Magazine. “This technology can be just as powerful and instrumental but for different reasons. Being able to create communities and manifest scarcity is particularly novel, and we’re extremely excited to explore these and the many other potential applications of blockchain technology through Snark.art.”

Atom owners can watch the piece of the video they own, as it serves as an “abstracted dive into the image” which is a work of art on its own. Each collector will have an abstract version of the video, till they collaborate with other owners to arrange a full screening of the video. For this project, collectors will be in control of the artwork, but the artist will retain the copyright.

According to Alekhin, Snark.art goes beyond tokenization. Post-tokenization is the area that excites the startup. Having individual collectors borrow tokens from other collectors to screen the video and watching how those interactions evolve over time are the key areas where they see the potential for further growth.

Sussman’s 89 seconds video was initially created in partnership with Rufus Corporation, and it was premiered at the 2004 Whitney Biennial. While all editions of the collections are held in private collections and kept in public museums, including The Museum of Modern Art in New York, Sussman is offering the last artist proof of 89 seconds at Alcazár to be tokenized on the blockchain.

Adding her voice to the digitization of her artwork on the blockchain, Sussman said the collaboration with Snark.art has made her reimagine “what it means to distribute an artwork in an entirely different way,” adding that the project gets interesting when owners of atoms need to “collaborate to bring the video to life as a whole.”

Interested users can buy an atom for $100, payable with fiat or ether. Each atom is based on the ERC-721 standard and can only be stored on Ethereum wallets that support NFTs.

Screenings can happen anywhere and at anytime, but atom owners will be restricted to using the Snark platform, Alekhin noted.