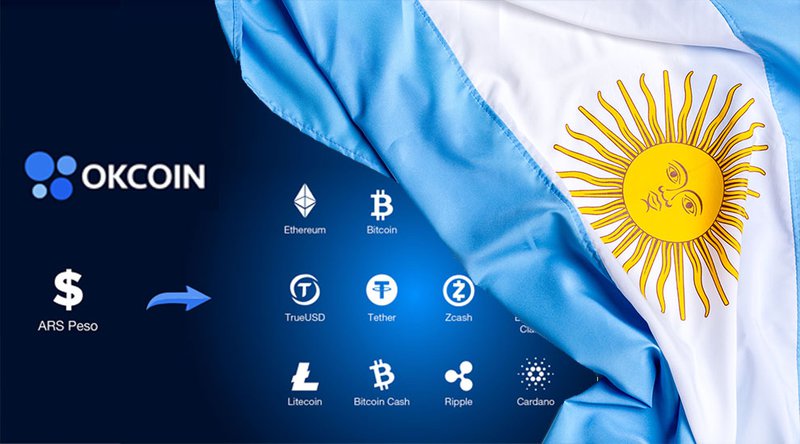 Despite a prolonged cryptocurrency bear market and regulatory uncertainties, OKCoin, one of the largest cryptocurrency exchanges in the world, is expanding to Latin America launching a new exchange platform headquartered in Buenos Aires, Argentina.

Already active in 110 countries and 21 U.S. states, OKCoin USA CEO Tim Byun told Bitcoin Magazine that he is not worried about market volatility as they launch on a new continent:

“Overall, we are very bullish on the cryptocurrencies markets throughout the world and in Latin America in particular. The growth might not be perfectly linear, but we fundamentally believe in the potential of cryptocurrencies to fix what ails many of the infrastructure problems that ail the global economy.”

OKCoin plans to begin its expansion by opening an office in Buenos Aires and then building up a team to support its business throughout Latin America. Other Latin American fiat currencies will be added in the coming months.

“There is a huge opportunity within Latin America and Argentina, in part because traders in the region are extremely savvy and in part because the Argentine peso has experienced a lot of volatility,” Byun explained.

“As the value of Argentina’s fiat currency remains uncertain, consumers there are looking for other options to invest in currencies that are not backed by any central bank or hard asset.”

In a recent study of the top cities in the world for bitcoin adoption, the authors found that Buenos Aires had the 8th highest adoption rate in the world, making it the leading bitcoin city in South America.

Buenos Aires has 130 merchants accepting bitcoin and three bitcoin ATMs in a city of 2.9 million people that is struggling with the volatile peso and a 32 percent yearly inflation rate.

Argentina is also known as one of Latin America’s top destinations for software development, with blockchain startups like CoinFabrik that offer blockchain development for other startups.

OKCoin says it puts a premium on the importance of security and calls it “the core and center to our business.”

They told us they have assembled one of the industry’s largest teams of security and fraud experts to stay ahead of hackers, and, since its launch in 2013, the company has developed a sophisticated system of security measures to handle new challenges like its Latin American expansion.

Byun added: “Preventing hacks is one of the most important roles for an exchange like ours, and we are proud to report that in the five years since our launch, our exchange has never been hacked, not even once.”

Minding Their Regulatory P’s and Q’s

The Argentine Parliament recognizes cryptocurrency as property, not as currency, so currently, the exchange of coins is legal. The Argentine government permitted the installation of 200 bitcoin ATMs in October 2017.

Byun comes to OKCoin with U.S. experience in risk and compliance with the FDIC (Federal Deposit Insurance Corporation) and the Federal Reserve Bank of San Francisco.

In the U.S., at least, OKCoin says all its regulatory ducks are in a row and it is properly registered as an MSB (Money Services Business) with FinCEN (Financial Crimes Enforcement Network).

Byun concluded by encouraging the crypto community to keep on innovating:

“It’s been remarkable to witness the tremendous amount of creativity and ingenuity being poured into the market. We believe the combination of the internet and blockchain technologies will create a whole new paradigm of applications and use cases. As such, we will continue to look for the best and the hottest cryptocurrency projects to list on our exchange.”