What is Margin trading in Cryptocurrencies? (9073)

Beyond the Classroom: The Rise of University Blockchain Labs (7730) 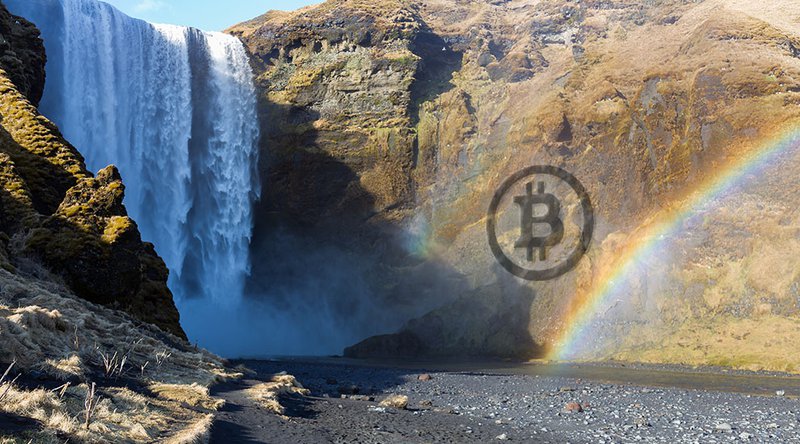 During our ribbon-cutting ceremony in the City of Medicine Hat in September 2018, a reporter asked me how I felt about something “frivolous” like bitcoin using so much energy. I was taken aback by the question. It indicated a lack of understanding of both the important role bitcoin mining plays in improving a wide array of services and systems around the world, and the fact that we purchase electricity in the same way any other business would in a free market.

Let’s take a step back. Today, the world’s biggest industry is the trading of currency, estimated to be over $5 trillion daily! That’s more than 70 times larger than all trade in goods and services and 25 times larger than the world’s GDP. Even at this scale, currency trading doesn’t accomplish stable monetary values across world economies. Instead, the main function of currency trading is to enable traders to speculate on currencies and central banks to maintain more than $250 trillion of debt on the world economy.

Bitcoin is the emergence of a new world monetary system. Gold is the only monetary element that has endured through centuries, and bitcoin is the new gold.

Sound monetary policy is the basis of capitalism. At the beginning of the 20th century, all paper currencies were bills of exchange for precious metals such as gold and silver. However, as the century evolved, governments decoupled their currencies from being underpinned by actual gold reserves. Instead, governments used their power to issue more currency, thus devaluing it.

Governments saw inflation (the printing of more money not underpinned by anything) as a quick way out of debt. Despite that, most world governments continue to accumulate more debt and mint more currency. Look at what’s happening in Venezuela and Argentina. From an economic perspective, all governments are insolvent as fiat currency is now largely backed by debt. Currently, the U.S. government is more than $20 trillion dollars in debt!

Bitcoin is the first reliable digital currency with a market value in excess of $100 billion. The limit on the number of bitcoin to enter circulation creates scarcity similar to gold, making the currency non-inflationary. It’s globally recognized and provides freedom for individual holders to transact in digital form. In a world of looming inflation and governments that print more currency as a magical solution to economic problems, bitcoin represents the evolution of currency to the digital age and a possible solution to current monetary policy failures.

Now that we’ve established what bitcoin’s role is, what is the role of bitcoin miners?

Energy used to mine cryptocurrency is performing an extremely valuable service: It secures data about transactions worth hundreds of billions of dollars.

Through their computational work, bitcoin miners are essential to the operation of bitcoin as they provide security to the bitcoin ecosystem in lieu of a government or central bank. Bitcoin mining secures the Bitcoin blockchain and empowers millions of people around the world to use the cryptocurrency, which is an anti-inflationary store of value. Like any technology, mining consumes energy.

When compared to the energy required for everyday activities such as sending emails, using social media, driving cars or flying airplanes, mining doesn’t require a disproportionate amount of energy. Despite bitcoin mining’s exponentially lower consumption of energy than these activities, miners are currently receiving high levels of criticism for their energy use.

It would be difficult to imagine consumers of traditional financial services calling Wells Fargo, or any other major institution, and complaining that it’s consuming too much energy keeping money or financial assets accounted for and secure; or social media users protesting against Facebook or Instagram for the enormous amounts of energy usage consumed to run their platforms.

In contrast, a bitcoin transaction is settled the moment it hits the blockchain, never traveling through third-party institutions that collect fees along the way. The miner who added it to a block did use electricity, but that amount is substantially less than the energy needed to keep Fortune 500 financial companies running at full steam for a few days. How much electricity is consumed daily to maintain over $5 trillion of daily currency trading operating?

In addition, miner energy use rises or falls depending on the amount of competition between miners, not the number of transactions being validated. It’s a misconception that additional bitcoin use would lead to more energy consumption.

It’s Less Impactful on the Environment

When calculating the use of energy, one needs to consider the environmental impact and cost of printing paper currency and producing metal coins all around the world. In the digital age, why do we need coins made of gold, silver, copper or aluminum? Paper currency? Plastic credit cards?

In the U.S., the Bureau of Engraving and Printing produces 38 million notes a day with a face value of approximately $540 million. 95 percent of the notes printed are used to replace notes already in circulation. What’s the environmental impact of that on an annual basis?

Unlike traditional mining, bitcoin mining does not require actual digging of holes into the earth or extraction of metals and minerals. Traditional mining operations ravage the landscape and contaminate groundwater and soil.

Hut 8’s bitcoin mining farms sit on remote fields. They produce no pollution, no discharge of any type except for some heat from the operating computers. There is also no noise pollution. Outside of the energy consumed, there is no environmental impact. In and of itself, the way we use energy does not pollute the environment. Our output is a digital asset that is the alternative to a traditional physical asset, and a contribution to the communities in which we operate, through job creation, infrastructure improvements, and financial contributions to local schools and sports teams.

Bitcoin mining is becoming energy efficient quickly. Electricity is the single largest cost for a bitcoin miner, thus we not only seek out inexpensive and clean sources of electricity but also the most efficient technology to harvest the electricity. Today, we’re seeing huge advances in chip design that enable greater mining capacity for far less energy consumption. There’s a good chance the energy use stays constant or even decreases while the number of transactions skyrockets.

Just as the consumer electronics revolution drove massive computing efficiencies, the Bitcoin revolution could drive a similar explosion of innovation in clean, efficient energy — not just in mining but in all other energy-consuming production.

Criticizing bitcoin mining as an energy waste would be like comparing the electricity used in traditional mail delivery versus email. Yes, email consumes more electricity. However, that doesn’t take into account the cost of a stamp, the use of paper or the infrastructure used to collect, sort and physically deliver the mail. Comparing bitcoin solely on energy use to traditional fiat would have the same flaws unless everything required to operate the fiat system is taken into account. Bitcoin will displace traditional fiat currencies and allow individuals to transact directly without the need of third parties in a more efficient way, like email.

I think back to the question posed by the reporter — is bitcoin mining a waste of energy for a frivolous use? It strikes me as the wrong question; the question should be, what is the price of securing billions of dollars in daily transactions and empowering individuals through an online peer-to-peer payments infrastructure that anyone with a smartphone and internet connection can use?

My view is that bitcoin represents an environmentally superior alternative to the amount of energy consumed worldwide by traditional financial institutions to perform a similar function. The world needs a global, digital currency that is not subject to inflation and is based on a computer algorithm to keep it secure — and that energy consumed to secure it is a small price to pay for the vast benefits it delivers.

This is a guest post by Andrew Kiguel, CEO of Hut 8. Views expressed are his own and do not necessarily reflect those of Bitcoin Magazine or BTC Inc.