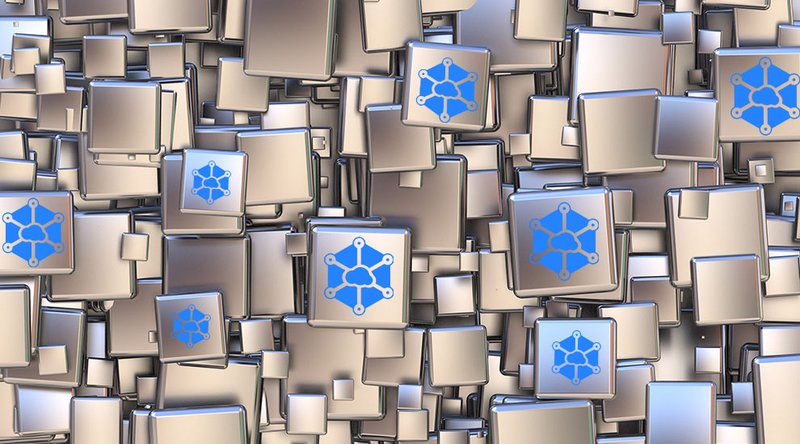 Decentralized cloud storage solutions like Storj enable users to securely store their data on decentralized clouds utilizing peer-to-peer networks instead of storing their information on the servers of large corporations. This model works like an Airbnb for data; users with extra hard drive space can rent out their space as a place for other users to store their information.

Starting today, the Storj public alpha allows developers and companies to access and build decentralized cloud storage applications by downloading and running the V3 test network on their local hardware.

With their latest update, the Storj team aims to set themselves apart from competitor projects like Filecoin, Sia and MaidSafe, and position themselves as leaders in the decentralized cloud storage space.

In an interview with Bitcoin Magazine, Storj Co-Founder and CSO Shawn Wilkinson shared, “The biggest reason I think we are the leaders in decentralized cloud storage is because of our experience and track record in the market. We are now on the third iteration of our network, while others haven’t conducted their initial launch after several years in development. Not only is our early team experienced, we’ve also hired new individuals with some of the best experience in the industry.”

For example, Storj V3 is built to be Amazon S3 compatible, meaning that integrating Storj into applications that currently use centralized cloud storage generally requires changing only a few lines of code and a few minutes of time.

Decentralized cloud storage could be helpful for a variety of use cases.

“Any application or company that is generating data outside of the public cloud, or has large file sizes, would be a perfect client. This is because cloud providers will often charge egress fees to transfer your data off the network. Also, because of our distributed nature, our platform is most cost effective for large files. However we work great for anyone in need of cloud storage and can lower costs for most storage use-cases,” shared Wilkinson.

“We chose Storj because we shared similar values of privacy via end to end encryption and creating resilience through decentralization,” said Chris Cowles, co-founder and CEO at Blocknify, a Docusign competitor that leverages blockchain technology. “Because Storj uses S3 standard of integration, implementing Storj is familiar and easy.”

While Storj V2 was only capable of smoothly scaling to 100 petabytes of data, V3 aims to handle exabytes (and more) of data storage by utilizing horizontal scaling to contend against incumbent cloud storage solutions, and it aims to update this alpha so that node operators can share their excess storage capacity with the network in early 2019.

Functions of the Storj network have been decoupled into separate components to allow developers to make changes to parts of the system without impacting the whole. The team hopes this will lead to faster development and greater open-source contribution.

When files were uploaded in Storj V2, the data would be encrypted, sharded (split into different pieces), replicated and distributed. Wilkinson explained that in V3, “Files are divided into segments, which are then divided into stripes. After, stripes are organized into erasure shares and uploaded.” Storj claims that striping enable video streaming and buffering functionality similar to the YouTube experience, even if using 4K settings.

At a high level, Erasure codes allow the receiver to recover all data from any portion of the data. For example, erasure codes are used by satellites when they transmit data because they assume some data will not reach its final destination.

In an interview with Bitcoin Magazine, JT Olio, Storj Labs director of engineering, explained the reasoning for Storj’s transition to erasure codes:

“Purely using erasure codes for resiliency is much more efficient in terms of the required storage capacity and bandwidth used to meet service level agreements. We found that our new architecture is able to achieve AWS-level resiliency with an expansion factor of 2-3, meaning for every gigabyte of data stored, we use 2-3 gigabytes of storage capacity on the network. Systems that use replication to achieve the same resiliency would require 10-16 gigabytes of storage capacity per gigabyte of data stored. In our preliminary tests, compared to our previous network (which predominantly used replication), we have greatly improved file durability while cutting the expansion factor in half.”

Storj launched a program to share 10 percent of every dollar earned from clients that Storj Partners introduced to the network. The team hopes this will help open-source companies generate revenue when their users store data in the cloud.