What is Margin trading in Cryptocurrencies? (36656)

Beyond the Classroom: The Rise of University Blockchain Labs (24585) 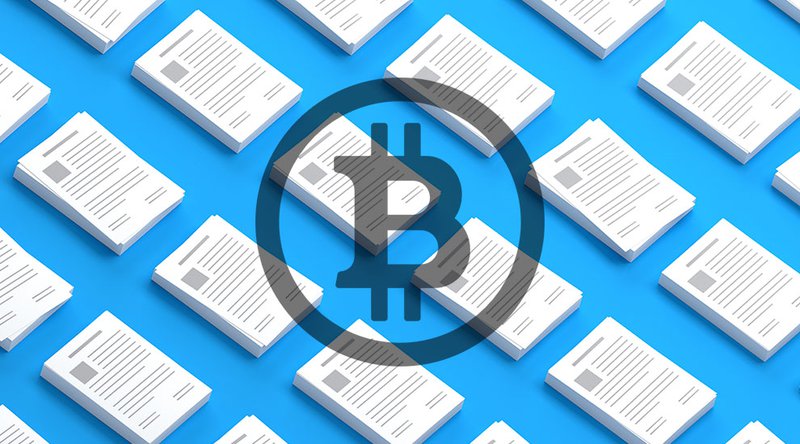 Glassdoor Economic Research is delivering much needed good news to the crypto community saying that despite extreme price volatility and regulatory uncertainty, the number of crypto jobs in the blockchain and cryptocurrency sector has risen by 300 percent since the same time last year.

Saying that “the professionalism of the space has accelerated,” the report notes that “continued growth in job openings suggests that blockchain employers remain confident in the market opportunity and continue to make long-term investments in their teams.”

Using their substantial job search site to search out blockchain and cryptocurrencies jobs, Glassdoor Research learned that, in August 2018, there were 1,775 unique blockchain-related job openings in the U.S. By comparison, in August last year, there were only 446 similar job listings, representing a 300 percent year-over-year increase. 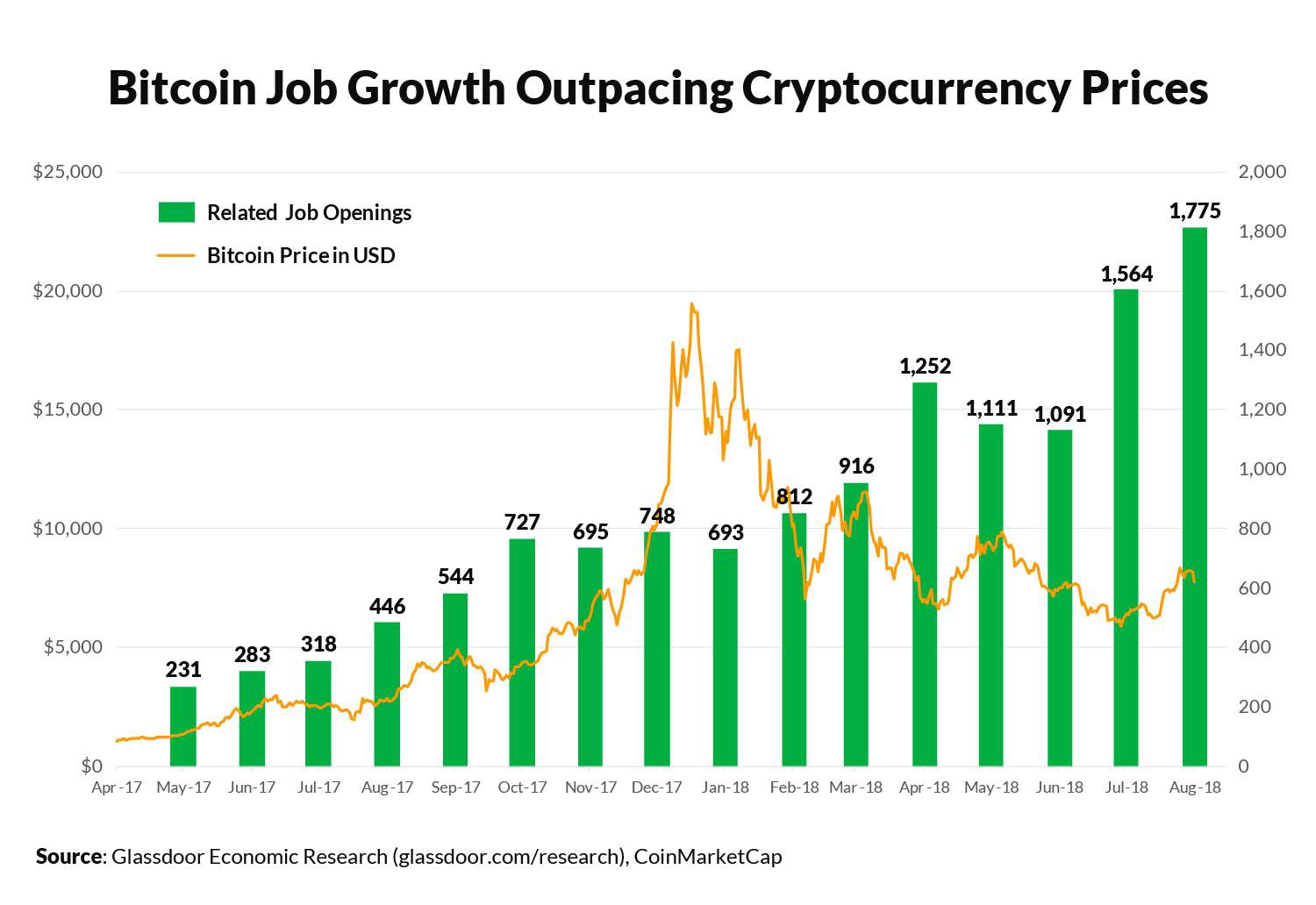 “Hiring and jobs is a much more stable metric to observe when looking at the health of an industry, compared to the stock market or currency values that can, and do, fluctuate daily,” Glassdoor economist Daniel Zhao, who worked on the study, told Bitcoin Magazine:

“What the strong surge in job growth that we see on Glassdoor shows is that there is a clear interest in investing in workers with skills related to Bitcoin and other digital currencies.”

“Bitcoin-Related” Skills Are in Demand

One of the report’s surprises is that more cryptocurrency jobs were created than blockchain jobs, as what Zhao referred to as “Bitcoin-related” skills were the most in demand, despite recent price volatility.

“There’s been a lot of Bitcoin buzz among financial investors as well as the general public that’s grown quickly over the last few years. What our research found was a 300 percent growth in online job postings for Bitcoin-related jobs compared to the previous year, which is a significant surge.

“Although we’ll continue to watch and see where Bitcoin is headed, for employers to make these investments is a sign that they see it as a growing industry,” he stated.

Who’s Looking and What For

As far as job occupations listed, engineering, technology and science jobs made up 55 percent of the jobs posted.

Software engineers were most in demand, accounting for almost 20 percent of the technical job listings.

As can be seen in the following chart from the report, IBM and ConsenSys had the most blockchain- and cryptocurrency-related job listings, while other companies like Coinbase and Kraken were also hiring. 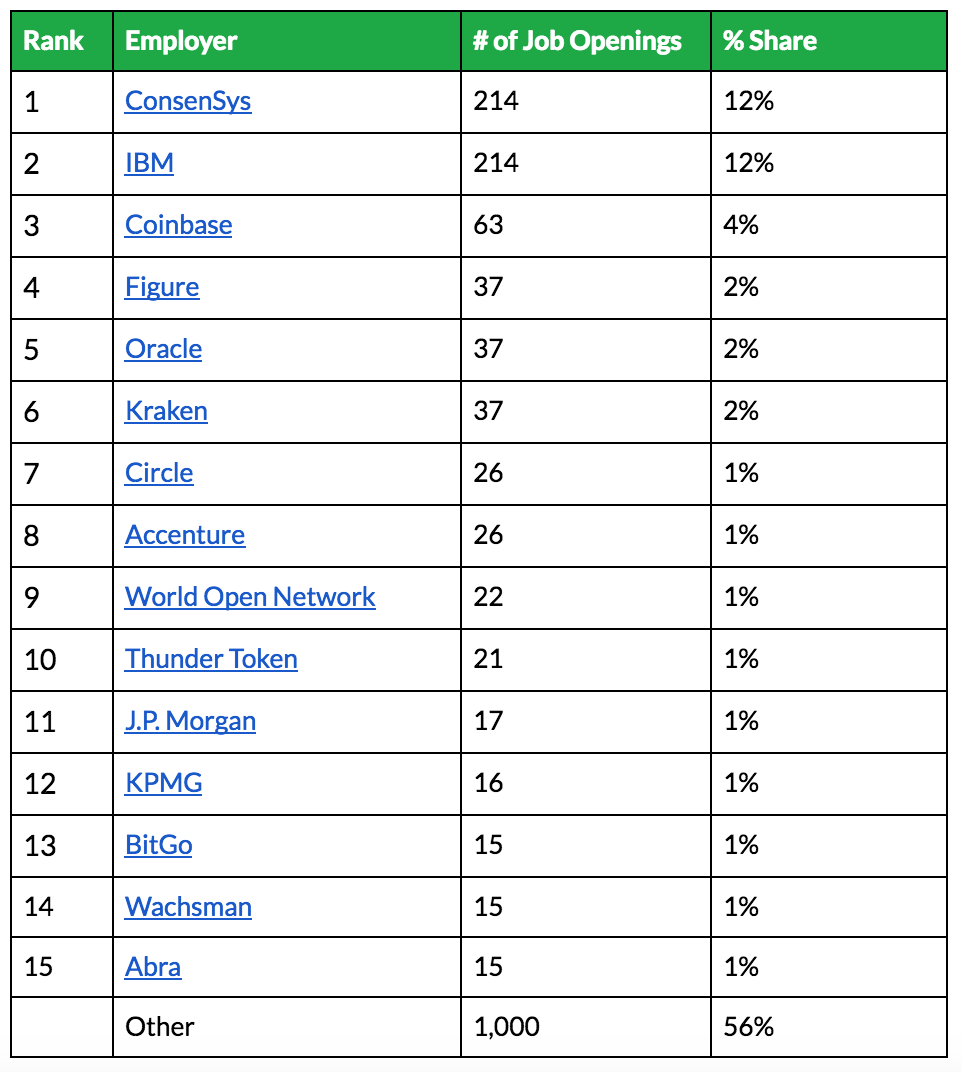 The report notes that some consulting or professional services firms like Accenture and KPMG are hiring people specifically to advise their clients on how to apply new blockchain technologies.

Likely due in part to a competitive market where growing demand is outstrippng the supply of trained workers, companies hiring are offering higher than average compensation. The median salary for crypto jobs is $84,884, well above the median salary for all U.S. jobs.

Cities With the Greatest Demand

“I also found it interesting to see the spread of Bitcoin-related opportunities across the United States. Although it’s no surprise to see that most job opportunities reside in the financial hub of New York, our data shows that companies across the U.S. and even several mid-sized cities are looking for this type of talent. What we’ve seen is that in some of these mid-sized cities, local organizations have established initiatives to help put them on the map for Bitcoin and cryptocurrency talent,” said Zhao.

Is Bitcoin Here to Stay?

Asked if he thinks this growth in jobs is unusual compared to other sectors, Zhao said:

“The growth in the blockchain industry has looked like the broader tech boom. Similar to the technology industry, Bitcoin-related jobs are concentrated in certain talent hubs, with higher than average salaries for workers as investment pours in. Plus, both startups and larger companies alike are investing in this sector — all things we’ve seen shape the tech job market.”

With continuing market volatility and uncertainty around what regulators plan to do, it’s a legitimate question to ask if the cryptocurrency industry is here to stay for the long haul.

Zhao is confident that it is, conveying that investing in jobs is an excellent indicator:

“Although there’s often news about the fluctuating prices of digital currencies, hiring is a long-term decision that an organization sees a true business value in hiring people with specific skill sets that can contribute to the business. It’s a decision not made on a whim.”