Beyond the Classroom: The Rise of University Blockchain Labs (4958) 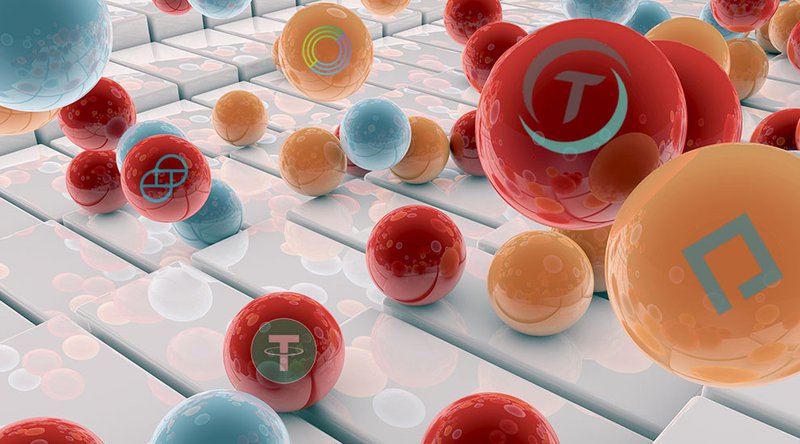 Fresh on the market, the industry’s newest batch of stablecoins is having trouble striking a price balance.

Amidst news of listings on Huobi and OKEx, two of the industry’s largest exchanges, TrueUSD (TUSD), Gemini USD (GUSD), the Paxos Standard (PAX) and Circle’s USD Coin (USDC) have all risen well above their pegs. Following the fiat-collateralized model pioneered by Tether (USDT), these stablecoins are meant to retain a stable $1 value, keeping their peg by backing each on-chain token with a dollar in their bank accounts.

On October 15, 2018, OKEx announced its immediate support of the four previously mentioned stablecoins, putting them in the company of tether, previously the platform’s only stable asset. Huobi, which also supports tether, followed suit the next day, announcing that it would open deposits for the four on October 19, 2018, with trading support to be announced at a later date.

On the same day as its OKEx listing, TUSD, the oldest and most established of the newcomers, rose to a high of $1.10. Settling down a bit, the coin has fallen since, but, at $1.03, it hasn’t completely stabilized.

Gemini exchange’s GUSD, though, had the worst go of it. During the OKEx listing, the coin rose 14 percent above its peg to $1.14. But it even trumped this price rise a day later when it jumped to $1.20 on October 16, 2018, following news of its forthcoming Huobi listing.

These new exchange listings and the subsequent price rises of the assets in question point to the market’s swelling demand for stablecoins, a story their issuance and circulation data makes clear. For example, since it was first listed on CoinMarketCap, TUSD’s market cap and circulating supply has grown 23 fold from $6.4 million to over $139 million. Coming to market roughly half a year after TUSD, PAX is catching up to tether’s number one competitor, minting just over $50 million worth of tokens in the month following its launch.

These price rises appear to have been isolated incidents involving only those fiat-collateralized stablecoins that are experiencing new exchange listings. Crypto-collateralized coins like MakerDAO’s Dai (DAI) and Bitshare’s BitUSD (BITUSD) did not experience the same upward price action.

This isn’t surprising given that each of the four coins were in the limelight for their integrations into two of the industry’s biggest exchanges. But the market’s leading stablecoin’s own stability woes might have a hand in the four’s price leaps.

In the early morning of October 15, a market-wide sell-off sent tether’s peg downward, driving prices to an average low of $0.92 on CoinMarketCap. It continued to trade well below its peg for the remainder of the day, and, on Bittrex, it even bottomed out to $0.90 against its USD pair.

Its peg disrupted, tether’s discounted price distorted prices across the market, as bitcoin began trading at a premium on exchanges that use USDT as a dollar denominated trading standard. Calling it a premium, though, is somewhat misleading, as bitcoin’s actual USD rate was a few hundred dollars lower than its rate against tether. In other words, the demand that was driving bitcoin’s price rise against tether would not hold its value when trading for hard cash, indicating that, instead of bitcoin trading at a more valuable position, tether was actually trading at a less valuable position.

The same effect, in part, could be at play with these four stablecoins’ appreciations. TUSD, for example, has pairs with USDT across multiple exchanges, including Binance and Bittrex, and USDT’s depreciating value could have buttressed TUSD’s own in these markets. PAX has a significant number of USDT pairings too, the largest market coming from Binance. GUSD has a single USDT trading pair on Bibox, though the volume on this pair is too negligible to effect its market averaged rate. USDC features a single trading pair with ether on Poloniex, its native exchange.

Given that Gemini saw the most violent upswing of the four and its USDT pair only accounts for a fraction of its 24-hour volume, tether’s influence could very likely be minimal. In addition, the ripple effect of tether’s distortion of bitcoin and ethereum prices — the two coins most often traded against stable assets — could be a contributing factor, as well.

At any rate, the broken pegs and contingent exchange listings indicate a rising demand for new stable assets. With roughly $600 million shaved off from its market cap during its price drop, the market-wide tether sell-off reveals that the market’s appetite for alternatives is growing. In the case of TUSD, GUSD, PAX and USDC, these alternatives offer more transparency and regulatory protections in areas where Tether has failed to deliver, and the drama that has punctuated the last two days in the market could foreshadow Tether’s waning industry dominance as competitors continue to encroach on its market share.