Liquidus: A Platform That Makes DeFi Processes Simple With Opportunities For Increased Returns

What is Margin trading in Cryptocurrencies? (29643)

Beyond the Classroom: The Rise of University Blockchain Labs (20803) 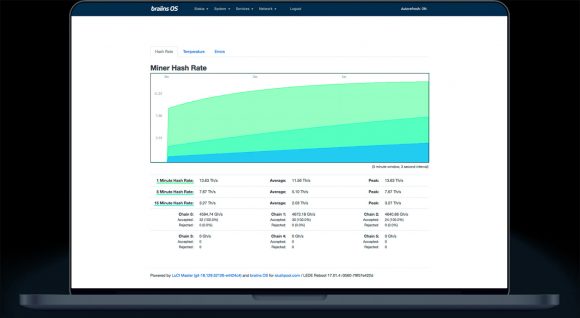 Braiins is the company behind one of the oldest and most trusted Bitcoin mining pools – Slush Pool, and they something new and interesting to show – an alternative opensource operating system for Bitcoin ASIC miners in the form of what they call Braiins OS. It is the very first fully open-source, Linux-based operating system for cryptocurrency embedded devices with the initial release targeted on mining devices and more specifically Bitcoin ASIC miners. Braiins OS has been developed for two primary reasons: to be open-source and have no “hidden features” and to work stable following standards without issues.

The first release includes images for Antminer S9 and DragonMint T1 (only the variant with Xilinx based control boards). Braiins OS is currently mostly on par with the official vendor firmware at this point. It monitors the hardware and its working conditions, handles errors and provides various performance data, but more features will be introduced making it a more interesting alternative. Most importantly possible performance improvements are being looked into as that would probably please the miners the most. The Braiins OS is intended to integrate flawlessly with the Slush Pool, but it should be just fine with any other alternative pool for SHA256 mining, so you are not going to be limited in where to mine with it.

Be aware that Braiins OS is still in alpha stage and has not been tested on a large scale yet, so you might want to start by deploying to single miner to give it a go before deciding to deploy on larger scale!