What is Margin trading in Cryptocurrencies? (38358)

Beyond the Classroom: The Rise of University Blockchain Labs (25226) 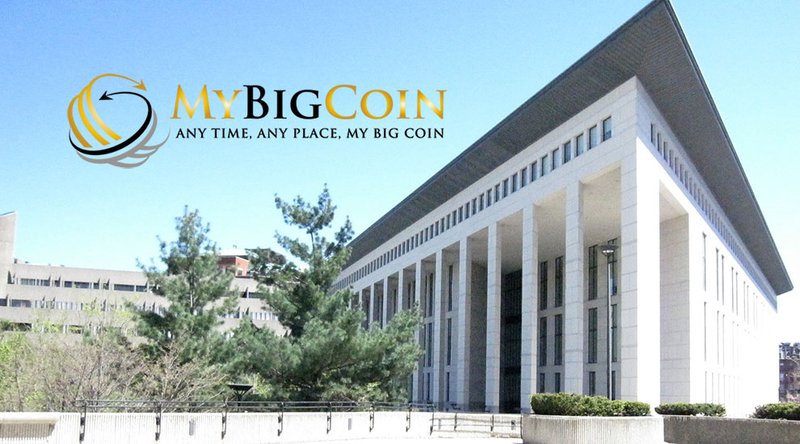 In a landmark case for the cryptocurrency industry, a federal judge has ruled that a cryptocurrency caught in the midst of a lawsuit is a commodity, court documents reveal.

U.S. District Judge for Massachusetts Rya Zobel has decided that the suit’s prosecuting party — the Commodity Futures Trading Commission (CFTC) — can proceed with its case against My Big Coin Pay Inc. as its cryptocurrency My Big Coin (MBC) does not fall into the category of a security.

My Big Coin was founded in December of 2013. Allegedly based in Wyoming, the company offers its own digital wallet to store cryptocurrencies and a digital exchange to trade them. My Big Coin began selling its own currency — MBC — through an initial coin offering (ICO) and made approximately $6 million from 28 separate investors by promising 1 percent interest per year to investors that kept their wallets open.

The CFTC claims that the ICO has all the same behavior and qualities of a Ponzi scheme. They allege that the company is based in Las Vegas, not Wyoming, and that owners Randall Crater of New York and Mark Gillespie of Michigan used customer funds to purchase expensive items for themselves.

In addition, the CFTC believes the money was raised through several false claims, including that MBC was backed by gold and traded across several different exchanges, and that My Big Coin had recently struck a partnership with MasterCard.

Charges were filed back in January of 2018. The company’s accounts were frozen, and executives were blocked from accessing them. They were also prohibited from disposing of any financial records.

According to court documents, Judge Zobel believes that MBC classifies as a commodity because it is a cryptocurrency like bitcoin:

Defending lawyer for My Big Coin Katherine Cooper expressed her disappointment in the decision and continues to argue that the CFTC holds no precedence. In the court documents, she argues that “contracts for future delivery” are indisputably not “dealt in” My Big Coin. Thus, the currency cannot be classified as a commodity under the ECA.

“My Big Coin does not have future contracts or derivatives trading to it,” she asserts. “It is not a commodity. Now that we are moving past the motion-to-dismiss phase of the case, we look forward to challenging the CFTC’s ability to prove many of the factual allegations in the complaint. Among those factual allegations are those which speak to the relatedness of bitcoin and My Big Coin, and, therefore, the CFTC’s jurisdiction,” she said.

Defining crypto tokens has not always been an easy feat for U.S. lawmakers. Recently, federal judge Raymond Dearie in New York invoked decades-old securities laws to decide that two separate ICOs, one for REcoin and one for Diamond, classified as securities. Both projects were run by Maksim Zaslavskiy who claimed that REcoin was backed by real estate and that Diamond was backed by real diamonds. Neither entity backed the coins, and Zaslavskiy has been charged with two counts of securities fraud.

Dearie stated that the ICOs in question were “investment contracts” according to the Securities Exchange Act of 1934 and the Howey Test, which states that a transaction is an investment contract if a person invests money in a “common enterprise and is led to expect profits solely from the efforts of the promoter or a third party.”

Dearie asserts customers expected returns on their investments and even referenced the DAO Report in his decision, which was issued in July of 2017 and explains that all tokens sold on Ethereum-based platforms, like both REcoin and Diamond, were securities.

Dearie, however, stated that the laws were meant to be interpreted flexibly and that not all ICOs could be considered securities. The same could be said for the My Big Coin case, as the classification of the cryptocurrency as a commodity is confined to the case at hand and does not extend to other crypto assets currently available on the market.