What is Margin trading in Cryptocurrencies? (38343)

Beyond the Classroom: The Rise of University Blockchain Labs (25217) 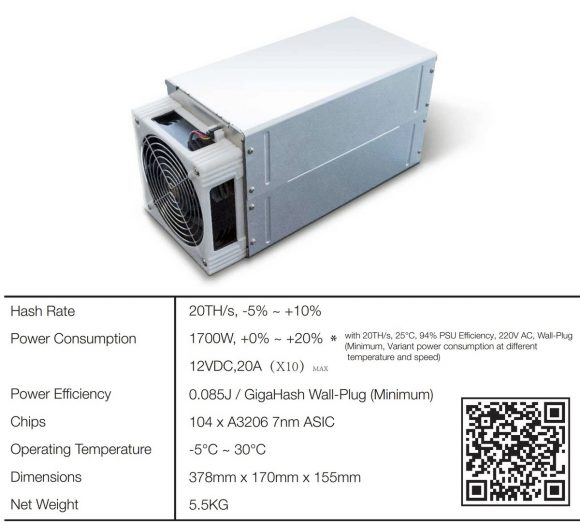 The Canaan Creative has posted official specifications of their new AvalonMiner A921 Bitcoin ASIC miner and the device should apparently soon be available for order, though no prices have been announced for the moment. We were kind of expecting the new 7nn-based Avalon A9 ASICs to be able to deliver 30 THS with about 1700W of power usage as per earlier information available, but apparently this will not be true for the first model A921, though it can happen in a later revision of the A9 series. Instead the AvalonMiner A921 will be a 20 THS SHA256 ASIC miner with 1700 Watts of power usage apparently…

The A921 specifications might come as a bit of a disappointment for a new 7nm chips, but we are more than likely going to be seeing an improvement in next models from the A9 series and hopefully they will soon be able to soon reach 30 THS at the same power usage that the A921 has. Of course pricing of the devices is also a very important factor, especially in the current market conditions you really need to offer not only good specs, but also an attractive price. Compared to these specs, the just announced 14nm BitFury Clarke ASIC chips do look more interesting, though these are not very likely to be soon available in consumer level Bitcoin miners.