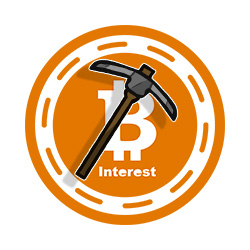 A few days ago the Bitcoin Interest (BCI) fork of Bitcoin has successfully switched to the ProgPoW algorithm, becoming the first crypto coin to actually utilize this new algorithm. ProgPoW is a proof-of-work algorithm designed to close the efficiency gap available to specialized ASICs. It utilizes almost all parts of commodity hardware (GPUs), and comes pre-tuned for the most common GPU hardware utilized in the Ethereum network. The design goal of ProgPoW is to have the algorithm’s requirements match what is available on commodity GPUs, so if the algorithm were to be implemented on a custom ASIC hardware there should be little opportunity for efficiency gains compared to a commodity GPU. This all means that in theory the ProgPoW algorithm will not see ASIC mining hardware, due to no opportunity to get much faster speeds compared to what a GPU is capable of delivering. This essentially means that ProgPoW should in theory be a really ASIC-resistant proof of work algorithm…