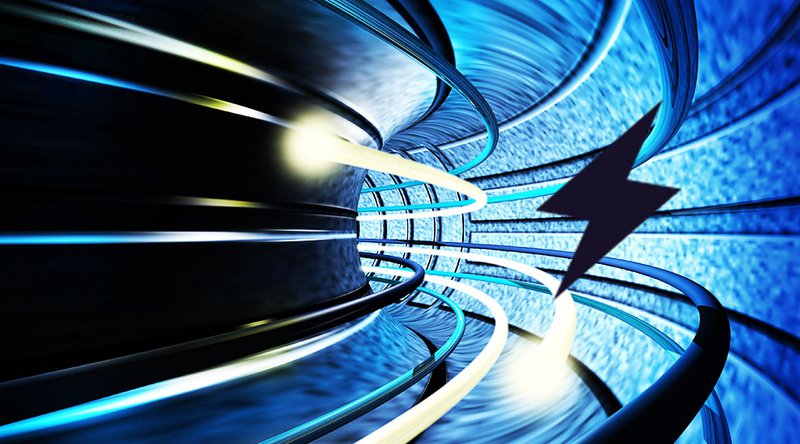 A new way to trade bitcoin and digital currencies is now in the books. SparkSwap is the first crypto exchange to be built on the Lightning Network. It allows users to trade both bitcoin and altcoins in seconds without depositing assets with a third party.

In a blog post, SparkSwap founder Trey Griffith said, “You can trade between different blockchains (currently Bitcoin and Litecoin, with others coming soon), with trades settling in about a second — a transaction time comparable to some of the leading centralized cryptocurrency exchanges.

“In an industry that, at times, seems to value hype and white papers over delivered, working software, we’ve opted for the latter. Our software is in a pre-alpha state, but we’ve successfully used it to execute BTC/LTC trades on the Bitcoin and Litecoin testnets.”

SparkSwap is made up of two primary components. The first is called the Broker and is the software run by users. It interprets user actions and converts them into network actions. It also executes payment channel network swaps and manages user wallets and private keys.

The second component is known as the Relayer, which is software run by staff members. It connects brokers who wish to execute monetary swaps; provides orderbook updates; and mitigates fraud and market manipulation. The Relayer also assists users with agreeing on swap prices and executes trades over payment channel networks like the Lightning Network, which eliminates the need for third parties.

Griffith explains, “With SparkSwap, you no longer need to choose between fast settlement, liquid trading pairs, and maintaining control of your assets. Your assets are no longer exposed to theft or loss by exchanges, either from bad actors or local governments.”

Crypto enthusiasts once believed that the Lightning Network was limited strictly to bitcoin, though this isn’t necessarily the case. For the longest time, bitcoin and altcoin exchanges occurred through processes known as atomic swaps where, if one individual wanted to trade altcoins for bitcoin while another sought to trade bitcoin for altcoins, they could trade by submitting two transactions: one to the bitcoin blockchain and the other to the respective altcoin blockchain.

Even though the process worked, it was also a hassle. The Lightning Network improves on atomic swaps by connecting not two blockchains but two payment channels, which can allow multiple parties to trade back and forth without trusting one another.

The Lightning Network can also be used to send transactions across different blockchain platforms, thereby permitting currencies to change owners off-chain. The result is a trustless environment in which currencies can move about without recording the transactions on specific blockchains.

Speaking with Bitcoin Magazine last year, Litecoin creator Charlie Lee stated, “Previous atomic swaps that I have done were on-chain and had the on-chain limitations of slow [transactions] and high transaction fees. Off-chain atomic swaps are significantly better. They are instant, [have] low fees and better protect one’s privacy.”

Griffith claims that SparkSwap works by utilizing the same trustless processes over the Lightning Network. He also says that while there is still more work to be done, the system is ready for public use, as staff members are eager to witness the community’s reaction and improve upon the technology from there.

“We’d like to be helpful if we can,” he states.