What is Margin trading in Cryptocurrencies? (36680)

Beyond the Classroom: The Rise of University Blockchain Labs (24592) 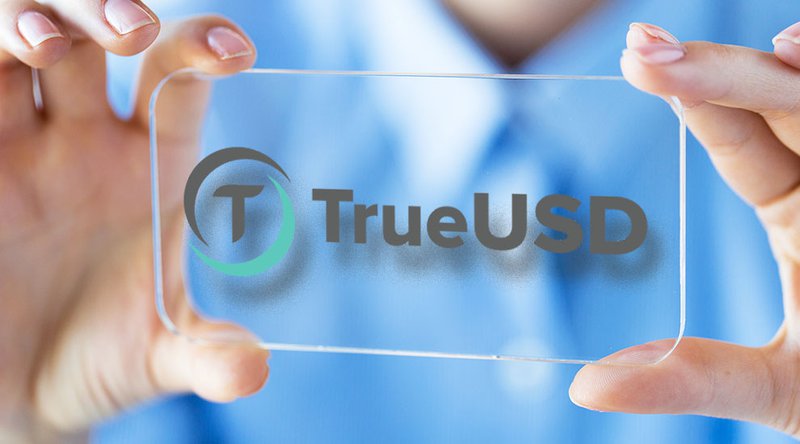 “We have nothing to hide,” says Tory Reiss, VP of corporate development at TrustToken. Like the market’s most popular stablecoin, Tether, TrustToken’s TrueUSD is fiat-collateralized. Under this model, each token (in theory) should be backed 1:1 with a corresponding dollar in a related bank account.

This model may not play out in practice as it does in theory, however. In a recent interview with Bitcoin Magazine, Reiss’s comment summarizes the bulk of his answer to our first question: How is TrueUSD different from Tether?

A Different Approach to Fiat-Backed Stability

Unlike Tether, which plays custodian, issuer and representative for all tokens and their congenital funds, Reiss explains that TrustToken has no control over the network’s monetary flow.

“There are a few pretty major components,” he began. “To be honest, the biggest difference — when we started the businesses, we spent a lot of time architecting legal framework and also financial framework in terms of where the funds are held and how they’re held, which was built around removing us, the company, from the flow of funds and protecting all the token holders in a legal manner from us being able to withdraw or access their funds.”

Instead, a combination of smart contracts, escrow accounts and fiduciary partners manage token supply and issuance. TrustToken’s fiduciary partners include the Nevada-based Alliance Trust Company and Prime Trust (which also banks for the stablecoin Stronghold USD), and these firms leverage smart contracts to mint and buy back tokens. Whenever a new user wants to mint fresh TrueUSD, they can wire money to one of these trusts, and once the funds are settled into the trust’s bank accounts, the smart contract mints new tokens and issues them to the user. To redeem tokens, users burn them through a smart contract, and the respective trust then wires the user the corresponding funds.

“We have a dashboard that we’ve built for our fiduciary partners. Only after they’ve received those funds and they’ve settled for 24 hours can those partners go onto the dashboard and mark that transaction as settled to mint new tokens,” Reiss explained. “We act on behalf of the token holder but, as a business, we can’t access those funds.”

This process allows TrustToken to be as hands-off as possible while also providing them with the code-certain protections of smart contracts and the reliability of a central source of liquidity and asset management.

The system is a more complex version of Tether’s own with more working parts. In fact, Reiss suggested that his team viewed Tether as a sort of working model for what not to do, highlighting the need for clear legal and financial safety nets for its users.

“We learned from Tether’s mistakes in the sense that they put none of those legal protections in place. They hold all of their funds in an omnibus account where they can essentially do whatever they please with the money in that account. In our case, we could never preprint TrueUSD or have a disparity between funds in the accounts and tokens on the chain,” he stated.

Tether has come under fire for its printing/issuance practices in the past. Critics have long speculated that Tether does not have parity between the dollars in its bank accounts and on-chain tokens. Researchers at the University of Texas, Austin, even released a report in June of this year that seems to corroborate this suspicion, laying out evidence that suggests that Tether may have been used to artificially inflate bitcoin’s price during 2017’s bull market.

The smart contracts prevent TrustToken or its partners from preprinting TrueUSD without having dollars to back them. Funds have to hit the trust’s bank account and sit for 24 hours before the smart contract will mint new tokens.

Even if the smart contract didn’t police token issuance, TrueUSD’s accounts would, Reiss claimed. If at any point during their professional relationship the token’s auditor found a discrepancy in supply and fiat reserves, the partnership would terminate.

“We have one top-50 accounting partner (Cohen & Company) that is performing attestation. When they look at your books, they look at all of your transactions. And if your account isn’t in line from day zero, they won’t maintain an audit account.”

Reiss believes that, whether Tether won’t submit to an audit for fear of this outcome or has had a relationship terminated because of a discrepancy, this is why the world’s most popular stablecoin has no official audit on record.

“That’s most likely the case why Tether can’t have a true audit partner — but in our case it’s worked in our favor because we have nothing to hide.”

Tether has never submitted itself to an official audit by any certified accounting firm. The company claims that it’s not out of defiance; it’s simply because no firm is willing to take a risk working with a cryptocurrency company given the industry’s stigmatized connection to money laundering, tax evasion and the dark web. An audit by one of the U.S.’s big four (Deloitte, Ernst & Young, PwC and KPMG), the team claims, is especially elusive.

The Other Side of the Coin

TrueUSD’s operations tell another story. Not only does Cohen & Company currently conduct audits for the currency, but Reiss indicated in our interview that TrustToken is in talks with two of the big four accounting firms to provide audits in the future.

TrustToken also publishes regular attestations from Cohen & Company’s audits on their Medium blog. When they strike a working relationship with one of the big four, the company plans to publish “live attestations (via a public dashboard),” Reiss claimed.

Throughout the interview, Reiss repeatedly iterated that the company is operating in the open. Furthermore, because TrustToken is also playing ball with regulators, the company claims to have close-at-hand opportunities to expand its services.

“Our project is working entirely with U.S. securities laws and also those in Europe, Asia and South America. We’re aiming to build a compliant system that works within the existing regulatory regime but which hopefully expands access,” Reiss said.

This expansion will look to bring the stablecoin model “to European and Asian currencies this quarter,” he continued, also revealing that the company is “aiming for a half dozen [exchange listings] in the next month or so.” Currently, TrueUSD is offered on Binance, HBUS, Bittrex and Cryptopia, among others.

TrustToken has earned funding from Andreessen Horowitz’s a16z crypto, Foundation Capital and Founders Fund, among others. The company has also pooled talent from the likes of Facebook, Airbnb, PayPal, Google and Goldman Sachs.