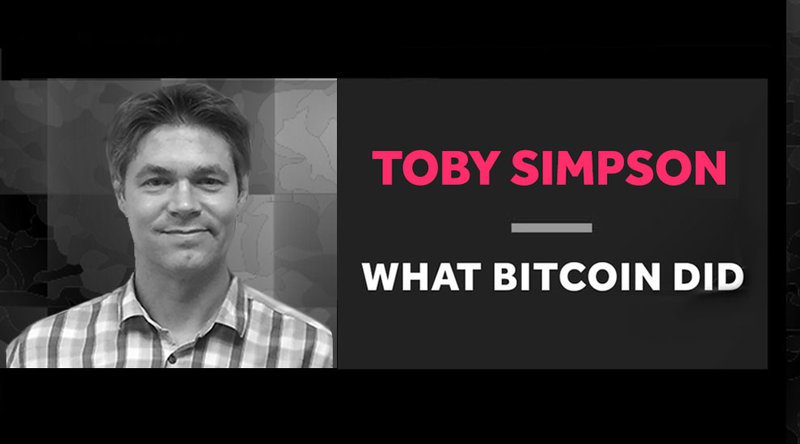 What’s the best that can happen? That’s the focus of Fetch.ai in the realm of artificial intelligence (AI).

Episode 025 of the What Bitcoin Did podcast featured a wide-ranging conversation between host Peter McCormack and Fetch co-founder/CTO Toby Simpson about both best-case and worst-case outcomes for AI. But it wasn’t all speculation: developments with Fetch in the here and now provided plenty of insight into the ever-increasing interconnection between AI and decentralization.

Fetch, based in Cambridge, U.K., describes itself as “a decentralized digital world in which useful economic activity can take place,” one with an adaptive, self-organizing smart ledger at its core. While not available for a public test just yet, it claims to have a functioning internal system that has brought its plans to life. Within that system, Simpson fondly refers to the virtual “world” that is being incubated. In it, digital entities called Autonomous Economic Agents (AEAs) represent Internet of Things (IoT) machines and work independently of human control, all while connecting to the traditional world through Fetch’s Open Economic Framework (OEF), which provides sensory input to the AEAs.

The concept of an unpermissioned ledger is central to Fetch’s smooth functioning and scalability, and Simpson was quick to point out that their own ledger is designed to pick up where traditional blockchain architecture leaves off, pursuant to their goal of eventually enabling billions of transactions per second.

“We’re all drawing from the ideas of decentralized ledger technologies, and we’re all trying to create and build a system where you can establish that global truth when you never quite know which individual parties you can trust,” he noted. “But we had to do it differently. We had to paralyze [the] blockchain, effectively, so we could get a much larger number of transactions through the system, and we combine that with a bunch of other things in order to increase those volumes even further.”

As Simpson explained, it was this high-volume goal that led Fetch to develop what it sees as a key tenet of its capabilities, which it calls “useful proof of work” (uPoW), a system that consolidates general-purpose computing problems into proof-of-work packages. The end result of its workings will, in theory, lead to a vastly more efficient distributed computing platform that can support a more stable ledger capable of achieving the massive scale Fetch envisions (this is outlined in greater detail in the Fetch.ai white paper).

“You’ve got the Bitcoin network, and the Ethereum network, and you look at the huge amount of computing power that that has,” Simpson said. “You’re talking supercomputers over supercomputers over supercomputers. Wouldn’t it be cool to be able to do something useful with that, for the benefit of their network and the users of the network? For us, this was originally about a sort of giant Tetris game, really, where you’re trying to figure out which transactions don’t collide with each other and don’t share resources, because you execute those in parallel.”

If Fetch is able to execute its plan, Simpson hopes it won’t just be a triumph for the firm he co-founded, but also a redemption of sorts for the negative environmental impact that blockchain technology has borne.

“There’s a lot of people talking about it’s a huge waste of energy — it could possibly go down as the biggest waste of energy of all time,” Simpson said. “You think, ‘Well, if we’re doing something useful with it, then it’s not anymore!’ Then we’ve got the globe’s largest supercomputer, and we’re doing stuff with it.”