Beyond the Classroom: The Rise of University Blockchain Labs (4957) 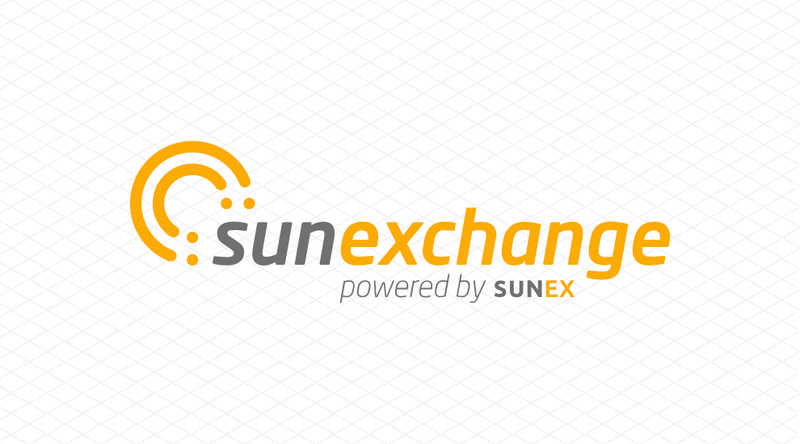 There are over 600 million Africans living
without electricity despite an abundance of sunshine and hundreds of thousands
of solar projects on the drawing board.

Now, Sun Exchange, a South Africa-based startup,
has developed a solution to Africa’s solar electrification dilemma centered on
the intersection of three fast-growing technologies: blockchain, crowd-sourcing
and solar photovoltaics. Sun Exchange has combined and synergized these
technologies seamlessly on its online platform, enabling people
around the world to purchase solar panels that are then leased into projects in
Africa to passively collect bitcoin from the leasing of the solar cells that
provide clean and affordable electricity at no upfront cost to businesses and
communities.

“I believe being able to harness energy from our
star to be a basic human right,” said Abe Cambridge, Sun Exchange’s founder and
CEO. “The Sun Exchange provides the tools for anyone on Earth to exercise that
right. We are turning sunlight into a universal source of income. While most
solar investment opportunities require a large minimum investment, with Sun
Exchange you can buy into a solar project with increments of just $10 in
bitcoin equivalent to start, and then increase the number of solar cells you
own substantially over time if you like the platform and are happy with the
returns.”

Ushering in an Era of Solar-Powered Money

Sun Exchange manages solar panel owners’ leases
and the installation of the solar panels purchased through its platform onto
the rooftops of either businesses or even whole community-scale rural
micro-grids. As electricity from the solar panels is generated, used and paid
for, bitcoin is deposited into the Sun Exchange user’s account as a continuous
cryptocurrency income stream that the user can expect to enjoy for a couple of
decades.

“The Sun Exchange started in 2015 as an
Indiegogo project, and has since raised $1.6 million in seed money,” Cambridge
explained. “We now have over 6,000 Sun Exchange members in 91 countries. Five
solar plants are now being powered by our members’ solar panels and are paying
out bitcoin income. And right now, Sun Exchange is inviting our members to buy
solar panels to power a recycled plastics facility plant in Cape Town, which is
one of the sunniest cities on the planet.”

Sun Exchange locates projects where there is
abundant sunlight, where smaller scale solar projects —sized a megawatt or less
— are still commercially viable. The impact of such systems can be big, such as
transforming remote villages into solar-powered communities that otherwise
wouldn’t be able to meet the costs to install the requisite cells, but instead,
through the Sun Exchange, are able to access clean and affordable solar power at
no upfront cost. The core technology that makes this possible is Bitcoin, which
is accelerating the growth of solar energy in Africa by providing the financial
infrastructure that make possible projects that would otherwise never be built.
Just as Africa leapfrogged telephone lines and went straight to cell phones, Bitcoin
gives Africa instant access to a global financial market and communities can
now skip fossil fuel utility grids and go straight to solar.

“Sun Exchange opens up high-impact, off-grid solar
installations projects in emerging markets to anyone who wish to own solar
panels in the sunniest places around the globe,” said Cambridge. “So not only
are the solar panels going to produce more energy, and therefore have a greater
environmental benefit, but these projects have a much bigger impact on
individual lives and businesses than projects that simply provide extra
electricity to an existing grid in a developed country.”

Businesses and small communities in emerging
markets often lack the upfront capital to go solar. The reason why thousands of
perfectly viable solar projects sit on the drawing board is due simply to a
lack of access to funding. Prior to a project moving forward and before
anything has been installed, Sun Exchange raises all of the capital required
for the installation by pre-selling the solar panels that make up the project to
its members. Once costs are covered, the array is purchased, installed and goes
online within 60 days.

“Growing low-cost clean energy in Africa is
imperative for its development,” Cambridge said. “So what’s the barrier; why is
Africa not going solar? We have the technology, the skills and the desire.
What’s missing is the financial infrastructure.”

Africa is unbanked across most of the continent.
But with the Sun Exchange, a $10 solar cell owned by anyone on Earth can be
leased to someone in Africa for 20 years and that single solar cell could be
owned by somebody in another region of the world where it might not make sense
to install a solar panel.

“Our cryptocurrency-enabled system enables
borderless solar ownership,” Cambridge said. “Anyone can own solar panels
located in sun-drenched locations and earn an income from them.”

“We can now transact with the whole world while
at the same time reducing the cost of ownership investment down to a single
solar cell,” Cambridge explained. “I like to say that we are streaming
monetized African sunshine around the world in real time, 24/7/365.”

A campaign to power a plastics recycling factory
in Cape Town with solar electricity will be the largest Sun Exchange project to
date. The Nioro Plastics 473kW solar array will power the recycling of used
plastic bottles into new bottles. Anyone interested in generating a passive
bitcoin income stream from the project can sign up here.

Sun Exchange recently introduced SUNEX, its own digital rewards
token, which can be earned to get discounts on the Sun Exchange marketplace and
can be used to stake into a solar project insurance fund. The SUNEX Network
Token is currently available for purchase through a public token sale event, which will run
through July 31.

Note: Trading and
investing in digital assets is speculative and can be high risk. Based on the
shifting business and regulatory environment of such a new industry, this
content should not be considered investment or legal advice.